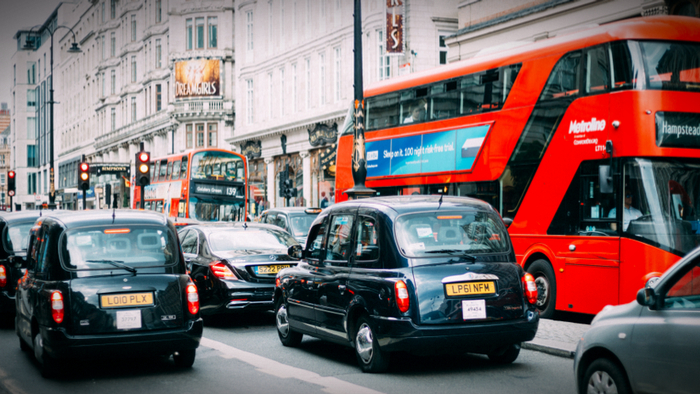 • As part of the Green Week conference where the EU comes together to share ideas about improving life in cities, Dr. David Rojas shared his research into the dangers of noise pollution and how cities can improve the health of their occupants.

• How can philanthropy support healthier urban design? How can noise pollution gain a prominent place in public health discussions?

• Find out how cities can get the most out of their parks.

Noise is one of the biggest pollutants in modern cities but the risk is often overlooked despite being linked to an increased risk of early death, according to research conducted by scientists.

‘Noise produces a stimulus to the central nervous system and this stimulus releases some hormones,’ said Dr. David Rojas from the Barcelona Institute for Global Health in Spain.

(This) increases the risk of hypertension, and hypertension has been related with many other cardiovascular (and) cerebrovascular diseases like infarction (heart attacks) and strokes.

He was speaking in Brussels, Belgium, on 23 May at the annual Green Week conference, part of a Europe-wide event to help people swap best practices on environmental activities and policies. This year’s focus is how the EU is helping cities to become better places to live and work.

Dr. Rojas, an environmental health researcher, says that despite the fact that noise pollution is a major public health problem in cities – and, in fact, beats air pollution as a risk factor in Barcelona – there is a tendency to overlook the problem because we can tune it out.

Dr. Rojas’ research, which was carried out under the HELIX and PASTA projects, gathered data on the multiplicity of pollutants that we encounter in cities. He hopes the findings can be used to shape policies that could help improve health in urban areas.

For example, improving cycling infrastructure and encouraging parents to walk their children to school could not only cut noise and air pollution but would also improve levels of physical activity.

Read the full article about noise pollution by Joanna Roberts at The Naked Scientists.

Europe is a complex topic, and others found these selections from the Impact Giving archive from Giving Compass to be good resources.