How Cities Can Get the Most Out of Their Parks 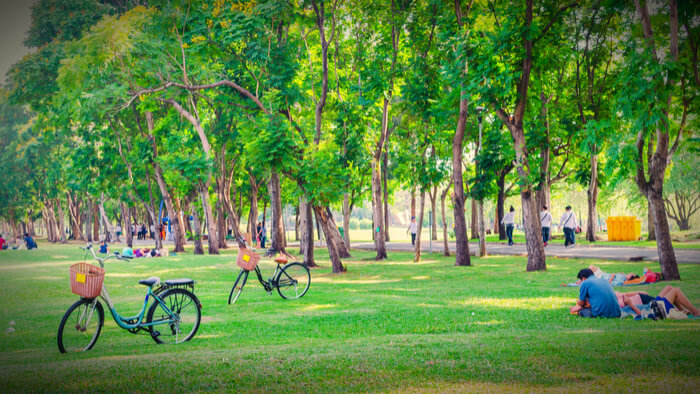 • Parks are a common sight in cities, but most aren’t fulfilling their potential. New research highlights ways that parks can attract more visitors to improve public health.

• How can philanthropists support better facilities, programming, and marketing for local parks? Where are park improvements most needed?

Parks seem like an ideal place for Americans to meet the national recommendations for physical activity. But because neighborhood parks are rarely designed with urban health in mind, these spaces—which the study defines as anywhere from two to 20 acres—often don’t fulfill their potential as pieces of public health infrastructure. A new study by researchers from the RAND Corporation, City Parks Alliance, and The Trust for Public Land is offering some solutions.

Researchers analyzed 175 neighborhood parks in 25 major Americancities. From 2014 to 2016 they observed park use, park-based physical activity, and park conditions, as well as the way users felt about their local parks. The study points to tangible ways that cities can encourage residents to use parks more in general, and for physical activity in particular. Among those recommendations: better facilities, targeted programing, and more marketing.

“The first thing a park needs is facilities and amenities,” says Deborah A. Cohen, a senior researcher at the RAND Corporation.

Nearly all of the parks in the study had outdoor basketball courts and baseball fields, but only a third had a walking loop. When they were present, these loops were the amenity that generated the most activity for adults and seniors. Researchers found that park usage skewed male (57 percent) and young—seniors represented only 4 percent of park visitors.

Nagle observes that communities with young families sometimes want yoga classes for mothers and infants, while those with older or immigrant populations may have different needs.

“Facilities and amenities are important, but marketing is really important, because most people don’t know what’s available in their parks,” adds Cohen.