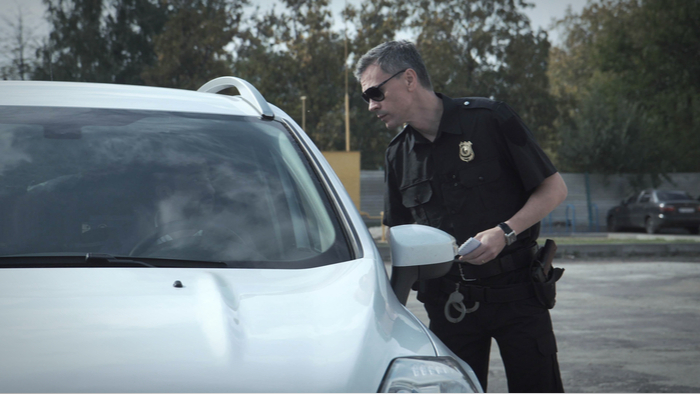 • Data collected by the Prison Policy Initiative reveals how gender and race play roles in interactions with police.

• What can funders do to ensure equitable policing? How can personal and systemic baises be overcome?

• Read about solutions for women who are incarcerated.

Jails have been described as the criminal justice system’s “front door,” but jail incarceration typically begins with the police, with an arrest. Before any bail hearing, pretrial detention, prosecution, or sentencing, there is contact with the police. But despite their crucial role in the process, we know less about these police encounters than other stages of the criminal justice system.

In particular, the experiences of women and girls – especially Black women and other women of color – are lost in the national conversation about police practices. They are also largely invisible in the data. But as Andrea Ritchie details in Invisible No More: Police Violence Against Black Women and Women of Color, women, too, are subject to racial profiling, use of excessive force, and any number of violations of their rights and dignity by police. In fact, women make up an increasing share of arrests and report much more use of force than they did twenty years ago. Yet while increasing recognition of women as a growing share of prison and jail populations has prompted facilities to adopt gender-responsive policies and practices, women’s rising share of arrests and other police contact has received less attention and policy response.

These estimates are not adjusted for driving behavior, however, and given reported differences in driving patterns between demographic groups, it is likely that traffic stops of Black and Latina women per mile driven could be even higher compared to other groups than the survey data suggest.

Black women were arrested in 4.4 percent of police-initiated stops, which was roughly three times as often as white women (1.5 percent), and twice as often as Latinas (2.2 percent).

As women become a more visible presence in our criminal justice system, it becomes increasingly urgent that we understand their experiences within it, both to better meet their needs and to enhance our analysis of how justice works (and doesn’t work) in the U.S. The policing of women, especially women of color, has received less attention than the policing of men; it’s even received less attention than the incarceration of women. Similarly, while correctional facilities are increasingly adopting gender-responsive policies and programs, there have been virtually no concerted efforts to create or implement trauma-informed or gender-responsive policing practices.