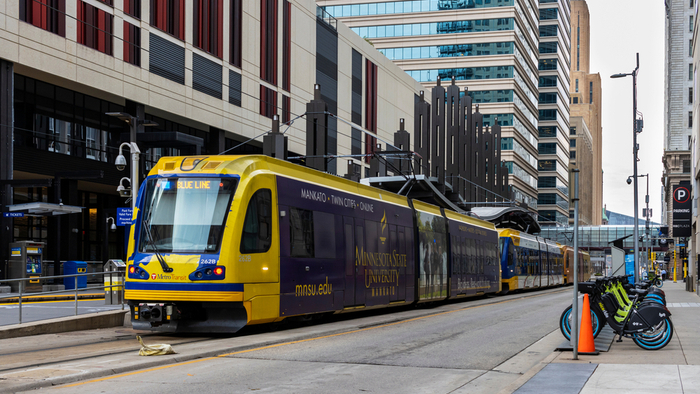 • What role can you play in expanding public transportation, particularly for marginalized communities?

In 2014, Minnesota’s Twin Cities, Minneapolis and St. Paul, completed an expansion of their public transit system that sought to connect the downtown business corridors of both cities. Now, new research shows that in addition to its intended purpose, the 11-mile long light rail line also facilitated greater access to health care for those living near the line.

The study—led by researchers from the Urban Institute and the Mongan Institute—examined whether the frequency of missed or “no-show” medical appointments declined after the light rail expansion. By comparing no-show rates before and after the expansion, we could assess whether no-shows declined more for patients living near the new line compared with those far from it. We included patients with all types of health insurance to assess if any change in no-show rates was correlated to insurance type. We found the following effects after the light rail opened:

Although the importance of access to care in promoting health equity has been long recognized, few prior studies have examined how expanding public transportation can improve access. By using a large, multiyear dataset sourced from electronic health records, this study had the unique ability to observe the occurrence of no-show appointments and patients’ proximity to the light rail transit system. In total, the data reflected more than 3 million patient appointments scheduled at 97 clinics between 2013 and 2016.

Read the full article about public transportation and healthcare by Laura Barrie Smith and Zhiyou Yang at Urban Institute.