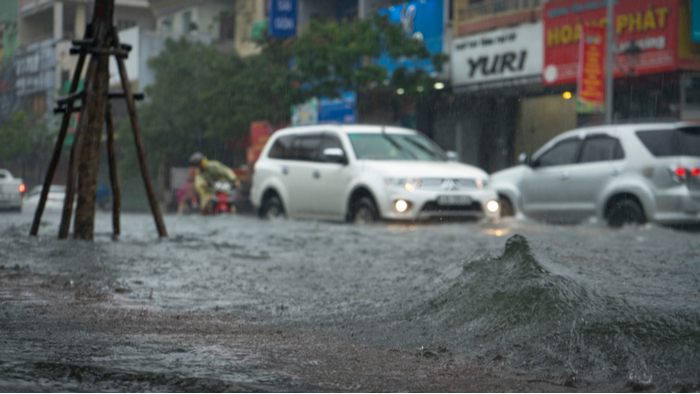 • The ICCP report estimates that parts of Ho Chi Minh City and Bangkok, among others, will be underwater by 2050.

• How can funders work to ensure that cities are prepared to cope with sea-level rise? How can an equity lens inform these efforts?

• Read about the costs of sea-level rise.

A recent study referred to by some as a “Doomsday Report” suggests that rising sea levels could flood three times more land than previously predicted.

In Southeast Asia, if the study proves accurate, parts of Ho Chi Minh City and Bangkok could be underwater by 2050. Millions of people in Vietnam’s Mekong Delta could be forced to flee coastal areas.

The study prepared by a United Nations Intergovernmental Panel on Climate Change (IPCC) was issued in late September.

According to Eugene Linden, who has written widely on climate change, for years “most scientists saw climate change as a distant prospect. But they were wrong.”

Rising sea levels have been driven by greenhouse gas emissions, climate change, and an accelerating pace of ice melting in the Arctic and Antarctica.

The new IPCC report corrects previous satellite elevation data and asserts that coastlines are much more exposed to rising sea levels than was previously believed.

The report says that previous sea-level-rise scenarios have underestimated land loss and population displacement by about a third.

Nonetheless, while acknowledging that the IPCC report was done by serious researchers, some scientists maintain that the report presents a “worst-case scenario” that must be checked against their own data.

Eight Asian nations—China, Bangladesh, India, Vietnam, Indonesia, Thailand, the Philippines, and Japan—account for some 70 percent of the people living on “at risk land,” according to The Washington Post.

Read the full article about sea-level rise in Southeast Asia at Eco-Business.