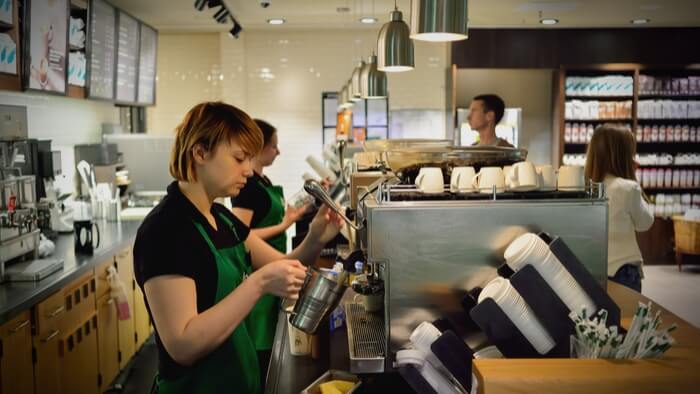 • Starbucks claims to have finally closed the gender pay gap between employees by working with women’s organizations and developing a toolkit.

• Now that one corporate giant is sharing its practices, will more companies work toward closing the gender pay gap?

• Google also claimed to have closed the gender pay gap, but experts found their data to be incomplete.

After years of working to achieve 100 percent pay equity among employees of all genders and races, Starbucks claims to have finally done it. The company announced that employees “performing similar work” in locations across the United States will now be paid equally, regardless of gender or ethnicity.

In hopes of inspiring other companies to work towards achieving pay equity, Starbucks is publicly sharing the principles and tools that were used to help meet its goal. The company will continue working with women’s organizations like the Billie Jean King’s Leadership Initiative and the National Partnership for Women & Families to ensure women are properly represented.

Read the full article about Starbucks closing the gender pay gap by Nicole Gallucci at Mashable.