Access to Reproductive Health Care: The Struggle For Rohingya Women 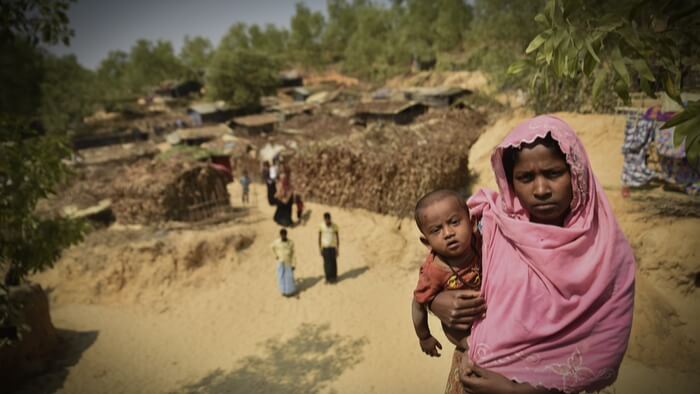 • Kelli Rogers reports on the needs of Rohingyan women in Cox’s Bazar, where they do not have adequate maternal health services.

• How can philanthropy best support the health needs of refugees? How can donors ensure that their contributions make a difference?

• Learn more about the needs of women in storms and conflicts.

Pregnant women and new mothers are in critical need of maternal health services in Cox’s Bazar, where Rohingya fleeing violence in Myanmar have become the densest population of refugees in the world.

More than half of the 650,000 refugees are women and girls, and about 10,000 women are expected to give birth in the next three months alone, according to the United Nations Population Fund. Some women are walking more than one or two hours to reach the nearest health facility. And in cases where a pregnant mother faces birth complications, a referral to a hospital is often putting both the mother and the baby in danger.

UNFPA is currently supporting 20 sexual and reproductive health and rights facilities serving both refugees and host communities, while women-friendly spaces provide a safe place for women and girls to rest and receive referrals to support services, including health care, psychosocial support, and counseling.

But high rates of malnutrition put pregnant women at risk of serious health complications, while cultural norms of birthing at home rather than in a facility have complicated healthcare provision. Overall, access remains a top challenge in the sprawling, hilly camps, where some health centers are underutilized, and others are overstretched.

Read the full article about the struggle for Rohingya women by Kelli Rogers at Devex International Development.