The Dollar Effect: The Simple Solution to Tackling Nonprofit Problems 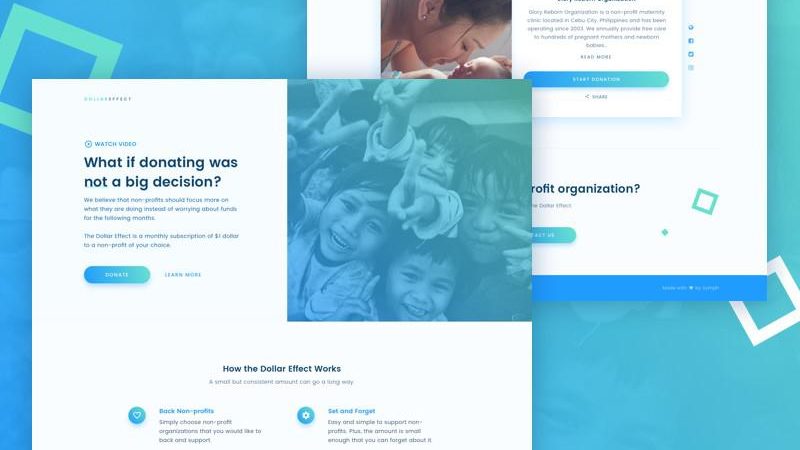 • Medium shares insight from tech company Symph, which provides solutions to the challenges that every nonprofit faces through a web app called The Dollar Effect. It allows donors to try out giving $1 to see how the system works before committing larger amounts.

• For those concerned with both UX and financial transparency, this might be a good way for nonprofits of all sizes to engage with charitable constituents without devoting resources to a whole team of designers.

· Read about increasing the nonprofit sector’s effectiveness through culture, success measurements, and governance.

It’s always best to understand why donors give; showing donors why they matter and letting them know how they can help make a difference can easily be done especially with the internet nowadays. Plus, with an added creativity  —  getting your messages across can rightfully inspire the trust (and hearts) of people from around the world.

But how far does it actually go? To the donation page hopefully.

We initiated The Dollar Effect to also answer an often overlooked question: Why should I trust you(r online form)?

It’s important to let donors understand the basics of how the online donation system works, but rarely would they bother to ask. It’s easily understandable if they have doubts about the forms.

A good way to it is to let them try it out themselves without having to risk so much. The Dollar Effect initiative lets donors try out giving just a small amount (just a dollar!) to see how it goes  —  how the system works and where their dollar goes.

It’s a good entry level to fully engage your donors as it gives your donors the opportunity to act right away.

Read the full article about The Dollar Effect by Symph at Medium.