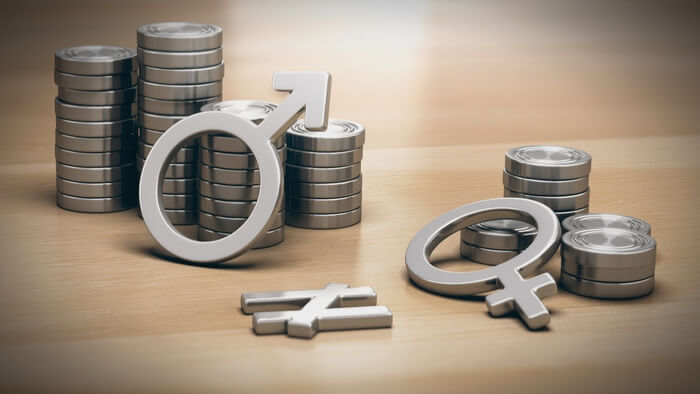 • Maggie Koerth-Baker reports that research by Francine Blau and Lawrence Kahn uncovers the intricacies of the gender pay gap. In order to keep shirking the gap, other employees and companies are going to have to join women in the plight for equal pay.

• How can we encourage our colleagues to make integral adjustments that would help decrease the gap? What if education and awareness are not enough? How do we inspire more action on this issue from a variety of stakeholders and not just women?

• You can read more from Blau and Kahn regarding biological gender differences and the pay gap.

This pay gap has been shrinking for more than three decades, but as of 2017, women still earn just 82 percent of what their male counterparts take home, according to calculations by the Pew Research Center.

Research conducted by Francine Blau, a professor of economics at Cornell, suggests that this division between which jobs and industries men and women tend to work in — called sex segregation — is now the single biggest factor explaining the pay gap between men and women.

Blau and her co-author, Lawrence Kahn, have published a series of studies on gender differences in pay, updating their results every few years. The most recent version, from 2016, found that, in 1980, the impacts of sex segregation explained about 20 percent of the overall pay gap. But by 2010, even though the wage gap itself had shrunk substantially, the proportion attributable to sex segregation actually increased — to 51 percent.

But these big-picture changes obscured how much more some women benefited than others. Race now plays a larger role in explaining the pay gap than it did 40 years ago, according to Blau’s research, partly because white and Asian women were much more likely to be the ones getting all those college degrees. So while white and Asian women’s wages have moved much closer to parity with white men’s, black and Hispanic women haven’t seen nearly as much of a reduction in their pay gaps.

What connects disparate solutions for the remaining pay gap is that they all require private companies to change their cultures and management systems, either voluntarily or through legislation. That shifts the emphasis and responsibility for fixing the pay gap, Burk said, from individual women to their employers.

Read the full article about the gender pay gap by Maggie Koerth-Baker at FiveThirtyEight.