The State of Coral Reef Extinction in Western Indian Ocean 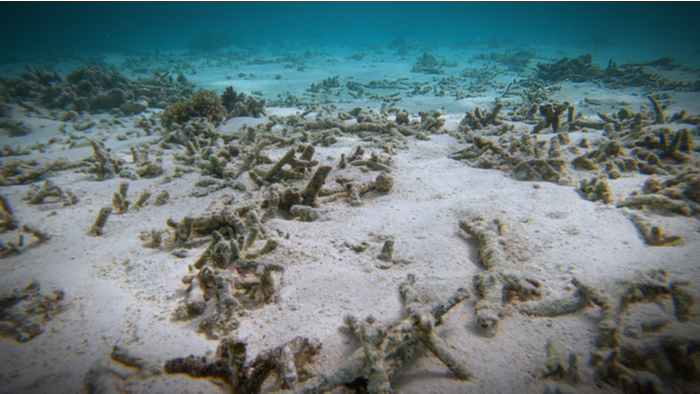 All coral reefs in the western Indian Ocean are at high risk of collapse in the next 50 years due to global heating and overfishing, according to a new assessment.

From Seychelles to the Delagoa region off the coast of Mozambique and South Africa, the reef systems are at risk of becoming functionally extinct by the 2070s, with a huge loss of biodiversity, and threatening the livelihoods and food sources for hundreds of thousands of people.

The study, published today in the journal Nature Sustainability, examined coral reefs in 10 countries around the western Indian ocean. It analysed the health of 11 sub-regions using the International Union for the Conservation of Nature’s (IUCN) red list of ecosystems framework, akin to the method used to examine a plant or animal’s risk of extinction.

The assessment found reefs in island nations in particular were highly threatened due to rising water temperatures driven by global heating, which is making bleaching events – when corals expel algae living in their tissue, causing them to turn completely white – more common. Reefs in eastern and southern Madagascar, the Comoros and Mascarene Islands were all classified as critically endangered.

Reefs in north Seychelles and along the entire east African coast were classified as vulnerable to collapse due to overfishing – especially of top predators – which is altering their ecology and promoting a build-up of different algae that can smother coral.

David Obura, chair of the IUCN corals group, who led the study, said that while the global decline of coral reefs has been established for some time, region-specific assessments of specific regions provided greater clarity about the causes and the extent of the damage.

Read the full article about coral reef extinction by Patrick Greenfield at Grist.