Why Wealth Equality Remains Out of Reach for Black Americans 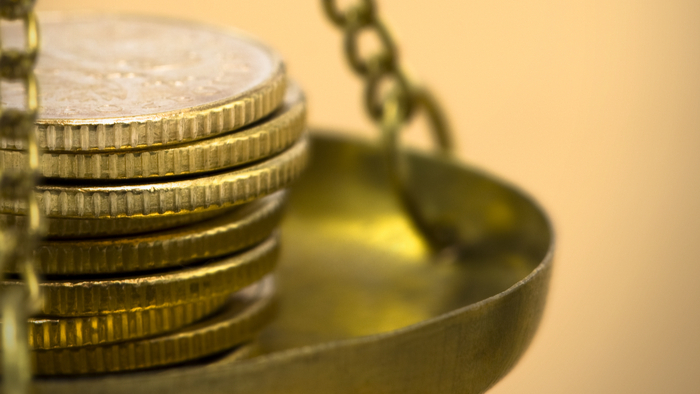 • What barriers to wealth building are you prepared to tackle? Who can you join forces with to make progress in this space?

Black History Month has become the time to reflect on all the progress black Americans have made, but the sobering reality is that when it comes to wealth – the paramount indicator of economic security – there has been virtually no progress in the last 50 years.

Based on data from the Federal Reserve’s Survey of Consumer Finance, the typical black family has only 10 cents for every dollar held by the typical white family.

While there is no magic bullet for racism, access to wealth, and the security to pass it down from one generation to the next, would go a long way toward changing the economic trajectory for blacks.

As researchers who study historical and contemporary racial inequality, we mostly conceive of wealth as a maker of success, but its true value is functional: the independence and economic security that it provides.

Until the end of legal slavery in the U.S., enslaved people were considered valuable assets and a form of wealth. In the South, entrepreneurs and slave owners took loans out against the collateral value of their property in the form of people to fund new businesses.

The U.S. government has a long history of facilitating wealth for white Americans. From at least the Land Act of 1785, Congress sought to transfer wealth to citizens on terms that were quite favorable. In some instances, land could be attained by the luck of the draw – but only if you were a white man.

While the 1866 Homestead Act sought to include blacks specifically in the transfer of public lands to private farmers, discrimination and poor implementation doomed the policy. Black politicians during Reconstruction attempted to use tax policy to force land on the market, but this was met with violent resistance.

While blacks did make gains in wealth acquisition after chattel slavery ended, the pace was slow and started from a base of essentially nothing. Whites could use violence to force blacks from their property via the terrorism of whitecapping, where blacks were literally run out of town and their possessions stolen. This includes the race riots, as in Memphis in 1866 and Tulsa in 1921, which systematically destroyed or stole the wealth blacks had acquired, and lowered the rate of black innovation. Black wealth was tenuous without the rule of law to prevent unlawful seizures.

By 1915, black property owners in the South had less than one-tenth of the wealth of white landowners.

These racially exclusionary systems endured well into the 20th century.

A complicit Federal Housing Administration permitted the use of restrictive covenants, which forbade home sales to blacks; redlining, which defined black communities as hazardous areas, directly reducing property values and increasing rates; and general housing and lending discrimination against African-Americans through the 20th and 21st centuries.

Moreover, blacks were largely excluded from the New Deal and World War II public policies, which were responsible for the asset creation of an American middle class.

The GI Bill is one example of several postwar policies in which the federal government invested heavily in the greatest growth of a white asset-based American middle class, to the exclusion of blacks. Historian Ira Katznelson documents that, by 1950, via the GI Bill, the American government spent more on education than the Marshall Plan that rebuilt Europe. But most American colleges and universities were closed to blacks, or open to only but a few in token numbers.

Meanwhile, GI benefits in education, employment, entrepreneurship and housing assistance were all distributed overwhelmingly toward whites. In the Jim Crow segregated South, there was a truncated housing supply. These factors limited the ability of historically black colleges and universities to accommodate the education and housing needs of black veterans.

It is important to note that it was never the case that a white asset-based middle class simply emerged. Rather, it was government policy, and to some extent literal government giveaways, that provided whites the finance, education, land and infrastructure to accumulate and pass down wealth. In contrast, blacks were largely excluded from these wealth generating benefits. When they were able to accumulate land and enterprise, it was often stolen, destroyed or seized by government complicit theft, fraud and terror.

Nonetheless, blacks have still been able to overcome tremendous odds, particularly in acquiring education. Social science research indicates that blacks attain more years of schooling and education credentials than whites from families with comparable resources. In other words, blacks place a premium on education as a means of mobility.

Rather than education leading to wealth, it is wealth that facilitates the acquisition of an expensive education. The essential value of wealth is its functional role; the financial security to take risks and the financial agency that wealth affords is transformative.

In our view, education alone cannot address the centuries-long exclusion of blacks from the benefits of wealth-generating policies and the extraction of whatever wealth they may have. The most just approach would be a comprehensive reparation program that acknowledges these grievances and offers compensatory restitution, including ownership of land and other means of production.