In Part I, we introduced Bill Nimmo and Kizmin Reeves, a retired couple that became involved in the rescue of seven tigers they had known as cubs in New Jersey that had ended up in a substandard sanctuary in Texas. Over the course of their rescue mission, they learned that there are no restrictions on the use of the word “sanctuary” in a corporate name. Thus, anyone can set up a company, acquire tax-exempt status and solicit donations as a tiger sanctuary, all the while breeding, advertising tigers for sale and making a profit. After getting a glimpse into the scale and magnitude of this business, they made it their mission to do something about it, and Tigers in America was born.

Lucky to have access to a world-class research department, Bill obtained the names of the 130 organizations classified as sanctuaries for tigers in the U.S. He then worked with Big Cat Rescue, which had helped with the rescue of the seven New Jersey tigers and agreed to take three of them, to develop a due diligence process, and spent the next two years traveling the country visiting these facilities to find the true sanctuaries: “Those that provide lifetime care, do not breed, buy or sell, and would be willing to take in more tigers with our financial assistance.” Tigers in America created the Tiger Rescue Network, which now consists of 17 sanctuaries that care for 500 tigers.

“We believe the Tiger Rescue Network, coupled with public awareness, is the solution,” said Bill and Kiz. “As true conditions at roadside zoos are revealed, attendance and profitability will decrease and they will close voluntarily. Concurrently, if we increase the capacity of the Tiger Rescue Network, we will reach a point where we are able to place every unwanted or mistreated tiger in a sanctuary. We call it the ‘crossover point.’” Kiz added, “There is no reason a tiger should die an unnatural death in this country because it cannot afford to see a doctor or does not have a ride home.”

As of early 2019, the foundation has financed 83 rescues (about one per month) of 255 tigers and 41 other big cats. It has a “no cat left behind” policy, so lions, leopards, cougars, cheetahs and jaguars are also included. Of these rescue operations, Bill and Kiz consider the following two to be its biggest successes:

As a supplement to the rescues, Tigers in America provides aftercare through partnerships with:

Educational initiatives include the creation of an online repository of all information that Tigers in America has gathered on every aspect of the American tiger problem, and providing it free of charge to any tiger-mascot universities, or biology or animal law departments at schools that have expressed an interest in the issue.

In terms of research, Tigers in America has an exclusive arrangement with Stanford University to map the genome of the “generic tiger” to allow identification of any tiger or tiger parts, and enable the U.S. Fish and Wildlife Service to enforce anti-trafficking provisions. It will also provide the science necessary to identify the genetic damage caused by perpetual inbreeding and, thereby, support legislation to ban the process.

When asked about a favorite quote, Bill said, “It may not be a quote, but it has become our favorite expression. Whenever we get a call from someone about a tiger in a bad place, we ‘just say yes.’ With a support network of transporters, vets, big cat handlers and equipment, we are confident that after eight years of rescues, we will figure it out. This is what we did for Saipan, and it has become a Tigers in America policy.”

When they’re not rescuing tigers, Bill and Kiz enjoy spending time with family at their summer house and being on the water. And, of course, they have cats at home – Max, Lucy and Albert are all rescued black domestic cats. When asked if he grew up with animals, Bill said that his family always had a stray dog or cat that his mother would take in. 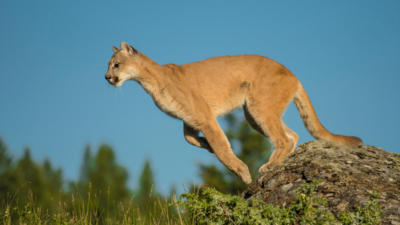 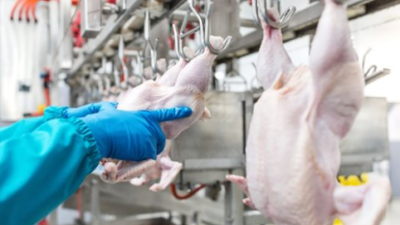 Fantastic Beasts: Photographs of Modern and Contemporary Artists with Their Animal Muses 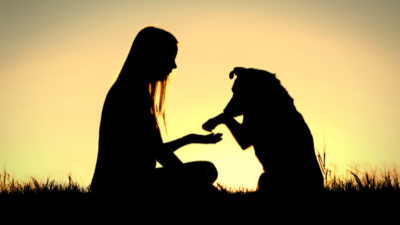