Melanie Anderson grew up in the West Texas Trans-Pecos area (Midland), part of the Chihuahua desert which is the largest desert in North America. The Midland-Odessa area, known as the Permian Basin, was and, perhaps still is, one of the richest areas in oil and gas production in the country. Melanie’s father was a petroleum engineer and independent oil producer. He was the first person in Melanie’s life to suggest that animals had inalienable rights, and were always to be respected and admired. “He promoted empathy, and unlike most Texas/Oklahoma men of his time, my father did not hunt,” said Melanie. “He was an infantry scout in World War II, and he said the experience taught him what it felt like to be hunted.” Melanie’s father gave away his rifles when he returned from the war.

Melanie spent three years of high school at The Hockaday School for Girls, a college preparatory and boarding school in Dallas. She briefly attended the University of Arizona and ended up at the University of Oklahoma, where her family has a long-held tradition of generations of graduates. “I majored first in philosophy, then sociology, and then journalism,” Melanie shared. “At the time, changing my major three times in three years made complete sense to me.”

While in Oklahoma, Melanie saw a quarter-page ad in a magazine which forever altered the trajectory of her life. It was an ad by the Animal Protection Institute (API), and it was a picture of a dead raccoon who had obviously suffered horribly, her paw caught in a steel jaw trap. “The caption read, ‘Because of her beauty, a grisly death,’” Melanie recounted. A coupon was attached, so she filled it out, made out a check for $20 dollars and mailed it. A month or so went by and Melanie received a phone call from Belton Mouras, the founder of API. “He not only called me personally to thank me for a $20 donation, but also to inquire about my interests and encourage me to attend the API annual conferences,” Melanie shared. Melanie attended several of the conferences over the years, and began to read everything she could relating to animals, animal suffering and exploitation, and the animal rights movement. A story by James Agee called “A Mother’s Tale” motivated her to stop eating all animals. “Vegetarianism in Norman, Oklahoma in the 1970s was challenging, even for a college town,” Melanie stated.

After moving to Dallas for gainful employment, Melanie wrote about a few animal issues that the Dallas Times Herald, her employer, was kind enough to publish, she laughingly recounted. She amassed a huge credit card debt by practicing TNR in her east Dallas neighborhood with a private vet, and she also got married. “After my son, Travis, was born, I decided that I wanted to spend all my time with my family and that I had enough of volunteer work,” said Melanie. “It is not easy to trap and handle feral cats when one is enormously pregnant. In addition, I had acquired half a dozen socialized cats who were part of the family. Those of us who have trapped know how that works.”

In early 1989, when Melanie’s son was one years old, Belton Mouras called upon her again. He told her of a foundation that was being created by a wealthy Dallas resident, Annie Lee Roberts, and that part of the foundation’s purpose would be animal protection. He and the founder thought it best to put advocates on her Board. Belton asked if she would consider being that advocate. Melanie said, “No,” but, reluctantly agreed to meet with Mrs. Roberts and discuss her desires.

Annie Lee Warren Roberts, a philanthropist, historical advocate and Texas native, was born in Terrell, Texas in 1895. During her entire lifetime, from child to adult, Mrs. Roberts championed causes that addressed the alleviation of fear, pain and suffering of animals, and worked diligently to improve the plight of homeless animals and captive wildlife. In 1988, she founded The Summerlee Foundation.

“When I first met her in her home in March of 1989, she was physically frail, in a wheelchair, with a black cat curled up on her lap,” recalled Melanie. “It was immediately clear that she was a beautiful, kind, engaging and loving woman. My resolve to decline this path was quickly dissipating.” Others were interviewed for the advisory position, but she chose Melanie.

Annie Lee died in April of 1990. “I felt so fortunate to have had a full year with her before her death,” Melanie shared. “Losing Annie Lee was very difficult. Not only was her leadership at Board meetings and in the general foundation business a great loss, but also her friendship.” Representing the newly formed Summerlee Foundation at animal rights conferences, Summit for the Animals meetings and within the humane movement in general was also quite difficult. “In the 1990s, there was an arrogance and a penchant for proof of pedigree which permeated much of the national humane movement leadership,” Melanie continued. “Fortunately, it has grown up in the last 30 years and enormous successes for animals have been achieved.”

The Summerlee Foundation has a culture of addressing the most underserved, overlooked, heavily exploited and generally in great need. Some of its early achievements include the creation of an animal funders database which is now called the Animal Funding Atlas with current collaborative support from Maddie’s Fund, Tigers in America and the ASPCA. Melanie hopes this will lead to more collaborative efforts. In addition, Summerlee, working with Lynn Cuny of Wildlife Rescue and Pat Derby of Performing Animal Welfare Society, created The Association of Animal Sanctuaries which eventually grew into the Global Federation of Animal Sanctuaries.

Some of Summerlee’s recent grants include:

Since its inception, Summerlee has funded over 1,200 grants and awarded almost $23 million.

One of Melanie’s favorite quotes that has helped her cope with the grief and some secondary PTSD is from Kahlil Gibran. Paraphrased: “Joy and sorrow are inseparable. Together they come. When one sits alone with you…remember that the other is asleep upon your bed.” Another one from one of her favorite authors, George Saunders, is, “Do those things that incline you toward the big questions, and avoid the things that would reduce you and make you trivial.”

When asked what she does for fun, Melanie replied, “I love being with my three cats, Lakota, Mika and Sofie. Sofie was rescued from a gas station in La Place, Louisiana during one of our Animal Grantmakers conferences. I love spending time with my friends and family. I try to spend as much time in the outdoors with native wildlife as I can, and if I am feeling particularly joyous, you might catch me dancing around the house to Carlos Santana.” 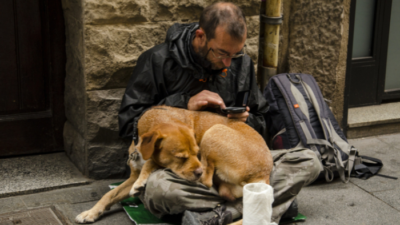 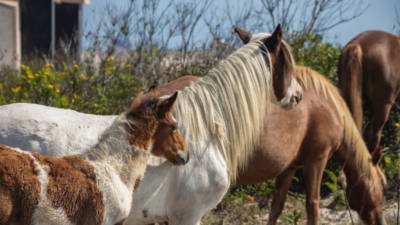 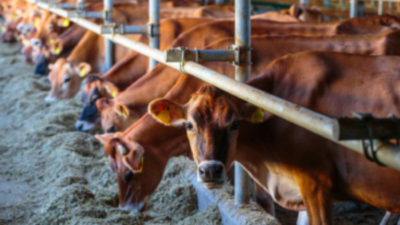