Breaking Down Voter Registration Barriers: What Donors Can Do

Among our political and economic peers around the globe, the U.S. ranks quite low for voter registration rates. What’s the reason? The Pew Charitable Trusts has looked into the attitudes underlying our nation’s low voter registration rate to understand whether Americans are choosing not to register to vote because they are uninterested in voting, or whether barriers to registration are suppressing participation in our democracy.

In a recent survey, 43% of unregistered voters actually reported that they cared a great deal about who won the presidential election. But surprisingly, over 60% of all respondents to the survey (both those registered to vote and the unregistered) had never been asked to register to vote. Over 40% of those not registered to vote specifically said they had not registered because they did not know how, had not found a convenient opportunity to do so, or simply hadn’t “gotten around to it”.

This indicates that a significant portion of eligible voters who have not registered to vote are potentially open to voting or even interested in voting, but have lacked the time, information, or access to complete their registration. Notably, the unregistered voters most open to registering to vote in the future were those in the youngest age range: 18 to 29 years old.

For those who believe that strong civic society comes from broad civic engagement, and would therefore like to see higher rates of participation in elections, this is a hopeful finding. It suggests that there is much ground to be gained in terms of voter participation rates simply by proactively reaching people - young people especially -  to ask them to register to vote and provide them with an easy path forward. By engaging unregistered voters directly about their registration status, especially those who have recently become eligible to vote, and supporting them through the registration process, we can expect to see long-term impacts in American voter turnout.

Nonprofit organizations are taking on the challenge of registering new voters in a variety of ways. These include using big data to identify unregistered voters and contact them at home, building voter registration opportunities into other facets of public life (such as offering voter registration as part of the driver licensing experience or to those waiting in Emergency Rooms), and mobilizing eligible voters to register through community organizing strategies.

Non-partisan groups already doing this work, who can expand their reach with your support, include:

On the national level

On the state level

Or, support the One for Democracy Fund, which includes all of the above groups and deploys resources based on constantly updated information about where the needs are greatest. 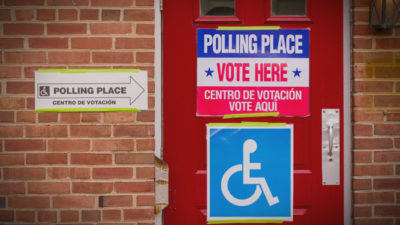 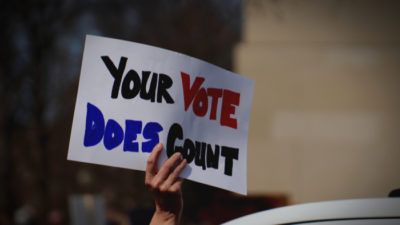 Organizations Making an Impact in Democracy 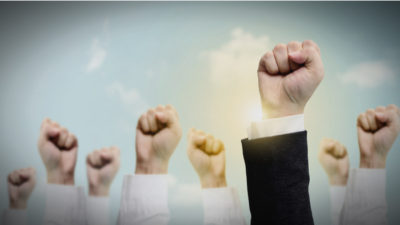