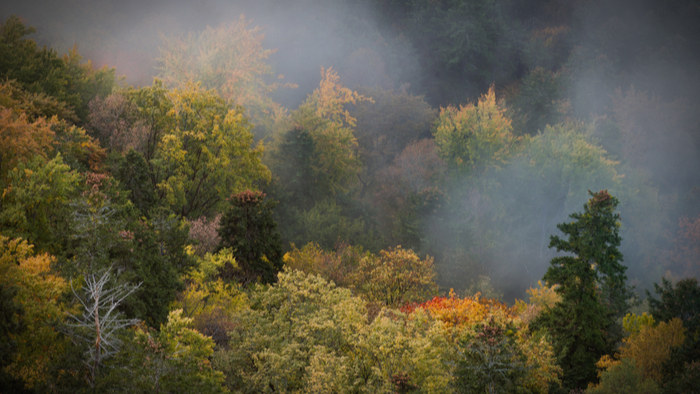 • Research indicates that over the last 40 years, there is a trend of California wildfires increasing and accelerating damage.

• What are the ways to address the severity of the trend now? What will have to change in terms of disaster-preparedness planning?

• Learn how wildfires have and will continue to shape our future.

It’s clear that wildfires have become more intense over the last few years. But how much more? That’s a difficult question, researchers say, because when it comes to science, you can’t study what you can’t measure.

To explore the issue, researchers compiled a new dataset of damage that California wildfires have caused as part of a broader project on future land use in the state.

“It occurred to us to these data would be of interest to a lot of people, so we decided to write them up in a brief,” says coauthor Andrew Plantinga, an economics professor at the Bren School of Environmental Science & Management at the University of California, Santa Barbara.

The team analyzed two sources of data from Cal Fire, the state agency in charge of firefighting. The first was a dataset on fire perimeters and the second included estimates of wildfire damages for each fire.

“The main finding is that the recent severe fires in California—including the Thomas fire in 2017 and the Camp fire in 2018—are part of a trend in California over the past four decades,” Plantinga says. “The trend is toward more wildfires that burn larger areas and cause more damage.”

The number of acres California wildfires burn per year has not only increased, but also accelerated, the report shows.

And the increase doesn’t only occur during the season’s peak, from June through October. California is also seeing a longer fire season, with more acres burned in late fall than in the past.

The report is part of a larger effort to estimate the costs associated with a business-as-usual approach to development in California, when considering the potential impacts of climate change.

Read the full article about California wildfires by Harrison Tasoff at Futurity.