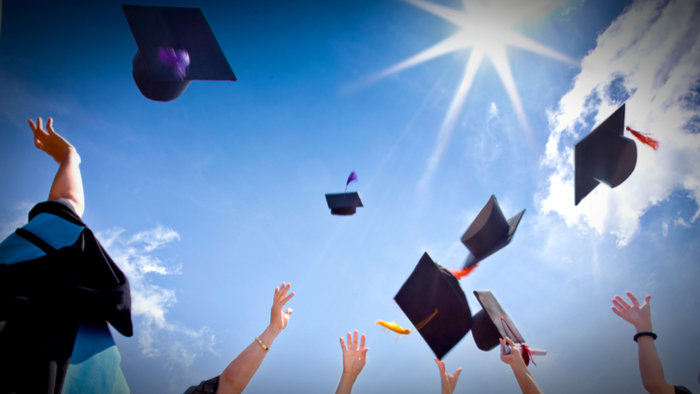 One by one, the seniors jogged up to the microphones at the front of the Denver Coliseum, introducing themselves and sharing which college they’ll be attending in the fall, to the sustained, raucous applause of their 4,000 classmates, teachers, and parents.

“Oftentimes in our society we spend more time celebrating athletic scholarship signings than we do actually the most important signing, which is where are kids going to college and do they have the opportunity to go,” Bill Kurtz, DSST’s CEO, told The 74 the day before the event.

The top-performing network of charters, serving more than 4,100 middle and high school students on seven campuses, is increasingly being recognized for its success.

The Denver school board in 2015 awarded the network a huge contract to expand. By 2025, DSST will have 22 schools on 11 campuses across the city, serving a quarter of Denver’s middle and high school students. Denver Public Schools enroll about 92,000 K-12 students in just shy of 200 schools, including charters.

The network was also, in its first year of eligibility, one of three finalists for the $250,000 Broad prize, a top honor for large charter networks that have done the most to boost student outcomes, close the achievement gap, and increase graduation rates. The award ultimately went to New York City’s Success Academy.

Read the source article at The 74