5 Facts About the Measles Outbreak 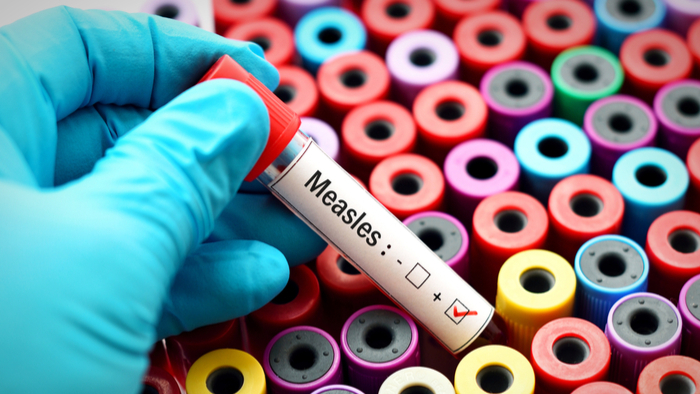 • How can funders work to expand the use of the measles vaccine?

• Learn about a high-impact opportunity to prevent measles.

The number of new measles cases in the country is on the rise, with the U.S. on track to have its worst year since public health officials declared the disease eliminated in 2000.

And as memories of previous measles outbreaks have faded, the anti-vaccine movement has made a comeback amid the group’s concerns over vaccine safety.

All of that has set up a clash that involves public health departments, schools, religious communities and even Congress.

Here are five things to know about the measles outbreak.

1. States are taking the lead on prevention

The measles virus has been spreading primarily among pockets of unvaccinated children. The sharp increase has prompted a pushback against state laws that allow people to opt out of vaccinating their children for moral or religious reasons.

2. Anti-vaccination movement is under pressure

The outbreak has shined a light on opponents of vaccinations.

As of April 8, New York City has confirmed 285 measles cases in Brooklyn and Queens since the outbreak began in October. Most of the cases have involved members of the Orthodox Jewish community.

4. Congress is focusing on social media

Lawmakers on both sides of the aisle are looking into how the disinformation campaigns are able to spread so quickly, and they are setting their sights on social media.

5. Measles can have short- and long-term health effects

According to the Centers for Disease Control and Prevention, up to 90 percent of people who are not immune will become infected if they are exposed to the virus.

For every 1,000 children who get measles, one or two will die from it. Death rates from measles have plunged with vaccination, but that could change if vaccination rates decline further.

The disease can also have long-term health effects. About 10 percent of children with measles also get ear infections that can result in permanent hearing loss.

Read the full article about the measles outbreak by Nathaniel Weixel at The Hill.