A Discussion of Development With Rula Ghani 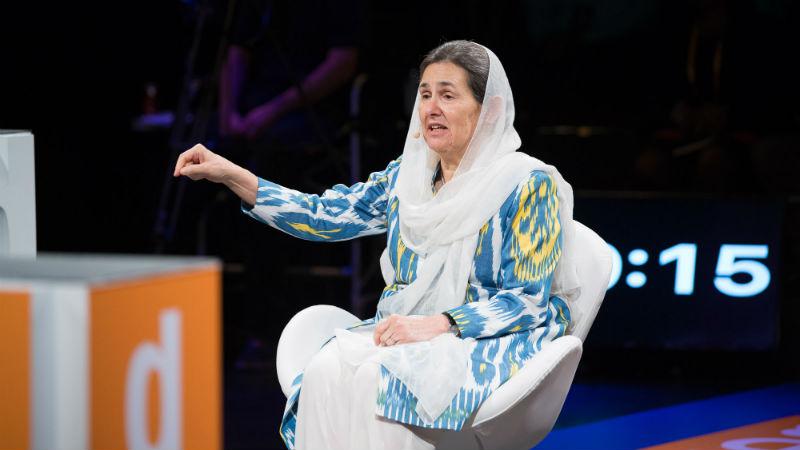 • Devex interviews Rula Ghani, Afghanistan’s first lady as she discusses women empowerment initiatives she is involved in, technology in development, and the presence of international NGOs in Afghanistan.

• How can international NGOs partner more with local organizations in Afghanistan to understand what initiatives are already going on and how they can be helpful rather than backpedal progress?

• Read about the lessons in the development sector that we have learned from Afghanistan.

Rula Ghani, Afghanistan’s first lady and a champion for women’s rights, fashions herself as a grandmotherly figure for a nation struggling to reclaim its history and traditions as a springboard to a more stable future.

Below is a part of the interview with Ghani and Devex:

What is life like for women in Afghanistan today, versus 2001?

You’re trying to ask whether the situation of women today is better than in 2001. It’s very much the case. There have been a lot of improvements, but we still have things that need to be addressed, and I think, like everywhere in the world, women have to fight to find their place in society.

And what is it like to be a woman politician in Afghanistan today?

The person sitting in front of you is not a politician. I don’t do politics, and I state it very clearly on my website … I very purposely refrain from engaging in politics, because I want people to consider me as their first lady, whatever group they belong to. I’m much more like a grandmother to them.

That being said, while you refrain from politics and make that clear, you’re working on an issue — women’s empowerment — that is inherently political and perhaps especially so in Afghanistan. So what does it mean to you to not be political and yet to work on political issues?

I don’t think it’s just a political issue. Women are human beings like men, and as such they deserve respect like men do. They have rights like men do. And it’s actually bringing them out of obscurity, out of the corner in which they have been relegated, especially during the last decade of the 20th century.

It’s not that I’m doing much. I’m just opening a door. And they are ready.