A Practical Guide to Outcome-Focused Philanthropy 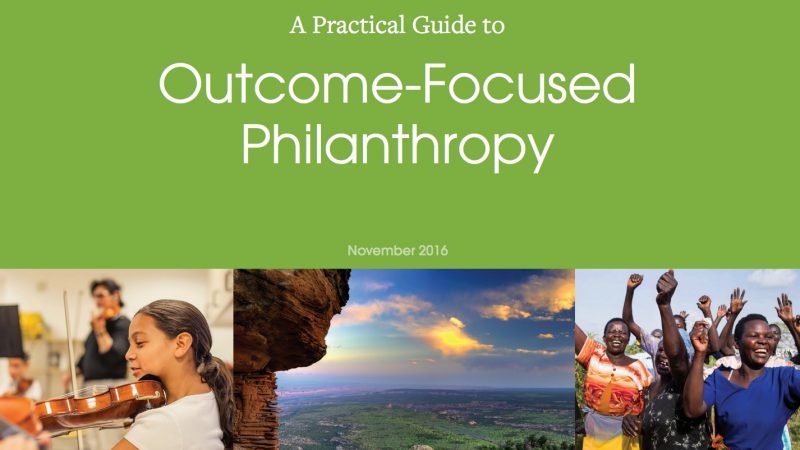 This piece is a part of the "Impact Giving Classics" library, curated by Stanford PACS. For philanthropists who are further along in their work, this is a complete and detailed guide to developing and implementing a philanthropic strategy used internally by a major foundation. Longer read.

“A Practical Guide to Outcome-Focused Philanthropy” reflects the collective experience of staff at the William and Flora Hewlett Foundation, incorporating input from colleagues across the organization about what has – and has not – worked in their grantmaking.