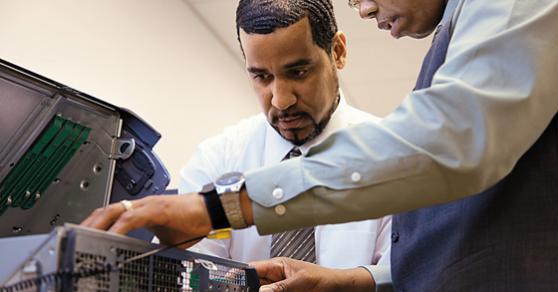 • How will program models such as this be effective in rural areas that suffer from brain drain as well as lower job growth?

In today’s polarized labor market, there is a critical need to identify middle-skill jobs that pay good wages with benefits. WorkAdvance, a sectoral-focused advancement program, is designed to find and fill such jobs, serving workers and employers alike. For unemployed and low-wage working adults, the program provides work training in targeted sectors that have good-quality job openings and opportunities for upward mobility.

For employers in those sectors, WorkAdvance identifies and trains workers who are prepared to meet technical skill and work readiness expectations and grow into second and third jobs.

It has five components:

This brief draws out some of the main implementation lessons for the benefit of organizations and partnerships that aim to
build on the best of sector-based training and post-employment retention and advancement support.

Read the full article about work training opportunities at MDRC

If you are looking for opportunities to learn and connect with others interested in the topic of Education (Other), take a look at these events, galas, conferences and volunteering opportunities aggregated by Giving Compass.