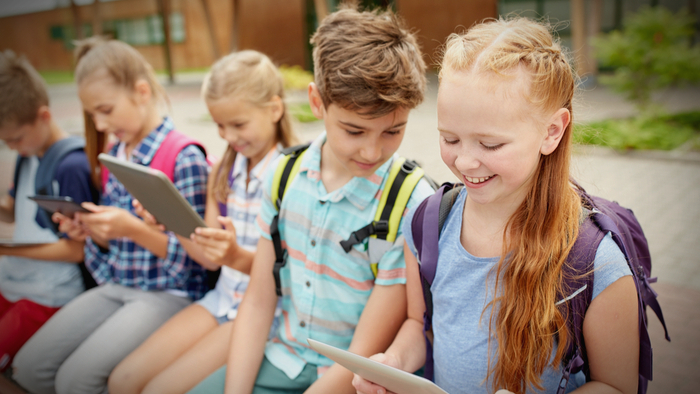 • Allan Golston, president of the United States Program at the Bill and Melinda Gates Foundation, discusses the shift toward focusing on network schools and the benefits for student achievement.

• How can local organizations get involved in helping education initiatives from bigger foundations?

• Read about the first school investments in the network schools initiative.

The American Dream worked for Allan Golston and his family: His parents grew up poor but pulled themselves out of poverty through education and hard work. They instilled these values in Golston and his brothers — but while Golston earned good grades, he recognized that many of his classmates didn’t have the same advantages of ZIP code or diligent parents. They didn’t have his luck.

Now president of the United States Program at the Bill & Melinda Gates Foundation, Golston wants to make sure that success in school doesn’t depend on luck for today’s students. Last year Bill Gates announced that after two decades, the foundation will shift its focus to new areas, investing $1.7 billion over five years to innovations in network schools, curriculum, professional development, and charter schools.

Allan Golston: This idea of bringing schools together to engage in a process of improvement with data as one of the central organizers, and connecting these schools so that they don’t rediscover the same challenges, so one school can help another school, say, “Hey, we tried X when we found an attendance problem and that didn’t work for us, and we tried this solution and that solution didn’t work for us or it did work for us, and here’s why,” it also reduces what I would call discovery costs — for me to reinvent the wheel is inefficient.

In his announcement, Gates emphasized a focus on network schools. What is a network school, and why will focusing there help speed change?

It’s a reflection of some things we’ve learned in other parts of our education work, including our postsecondary work.We have learned that when you bring schools together that have a common set of objectives to move school improvement, and you support those schools with an intermediary, whether that’s a district or a nonprofit organization … that it’s pretty powerful to move student outcomes.