Breaking from Philanthropy Norms: An Inside Look at Relational Reparations [Part 1] 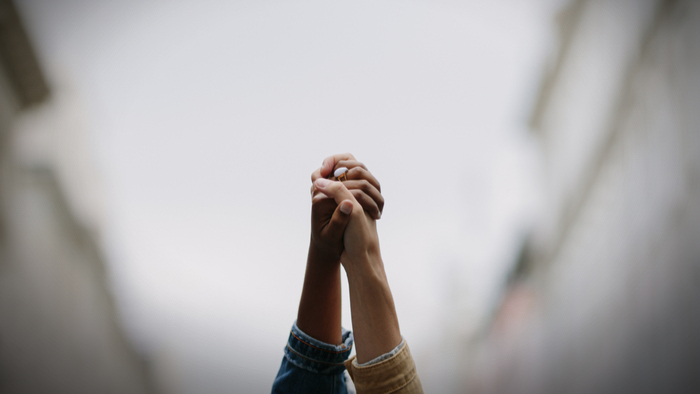 Part one of a four-part series. Read Parts Two, Three, and Four.

As the country grapples with its history of systemic racism and the steps needed to move toward a more equitable future for all, discussions about reparations have re-emerged recently. Perhaps, if you are white, you have wondered what it is that you can do in your community to be part of the “national reckoning” that Coates described in his 2014 landmark article. Or perhaps you may already have a reparations mindset as you route your money, knowing that, as Edgar Villanueva writes in Decolonizing Wealth, “Reparations are due. Using money as medicine in its most powerful direct form means we use it to heal the racial wealth gap. Decolonizing wealth is, at its essence, about closing the racial wealth gap.”

Until recently, the words “decolonizing wealth” and “reparations” were not echoed in philanthropic circles. Fortunately, more individuals are becoming curious about how their philanthropy can be part of a reparative path.

We view reparations as distinct from philanthropy because reparations come out of a deep acknowledgment of structural injustice. Reparations are a way to embody a willingness to do what hasn’t been done before, whereas philanthropy all too often seeks to maintain historical power imbalances and conditions. We believe that these times are calling for a deeper internal disruption from philanthropists. To truly advance racial equity, we must give eviction notices to our beliefs about—and attachment to—money and wealth.

There are many ways this deeper internal disruption can take place, but what we want to introduce today (and in three subsequent pieces) is what it means to engage in relational reparations, which for us means transformative relating with ourselves, with others, and with money itself.

We are writing as three members of a 13-woman reparations community that is living into what it means to deeply reckon with white supremacy, the wealth gap, and the need for personal and collective transformation. Our group is based in Seattle, Wash. Six of us are Black, and seven of us are white. We officially formed in January 2019, but our true origins are found further in the past. At the time of our forming, the white women in our group had completed a year-long process of internal work around examining their whiteness, their participation in systemic racism, their internalized superiority, and their relationship with money. The facilitator of this group, LeAnne Moss, also a white woman, had, through the years, built relationships with the Black women who ultimately decided to join the group. This “bridging” function that LeAnne provided was a critical one and helped us begin our group with a level of pre-existing relationship and trust that could be built upon.

Together, we began to imagine a future where individuals with wealth “returned” a portion of their wealth to someone impacted by structural and systemic racism. We began to discover transformative practices and rituals in our relationships with each other. These include storytelling, music, poetry, and embodied meditative practices. We worked to release outdated beliefs about money and to envision a new truth where our collective interests were mutually entwined.

Over the next three articles, you will learn about this journey, which has included deepening cross-racial relationships, moving money as medicine, and leaning into internal disruption. We find that our process departs from the typical form of philanthropy that often occurs through a white-dominated lens. Rather, we seek to center relationship and emergence. Yes, sometimes this makes for a messy, uncomfortable process, but the fact that we have come together for the purpose of reparations has supported us time and time again.

In our next installment, we’ll provide details about the money that has been returned, some of the issues we have needed to work through, and where we see ourselves going together. By sharing our experience, we hope we can inspire others to think about their relationship with money, their role in dismantling inequitable systems, and to reimagine a new way forward.

In addition to learning and connecting with others, taking action is a key step towards becoming an impact giver. If you are interested in giving with impact for Race and Ethnicity take a look at these Giving Funds, Charitable Organizations or Projects.