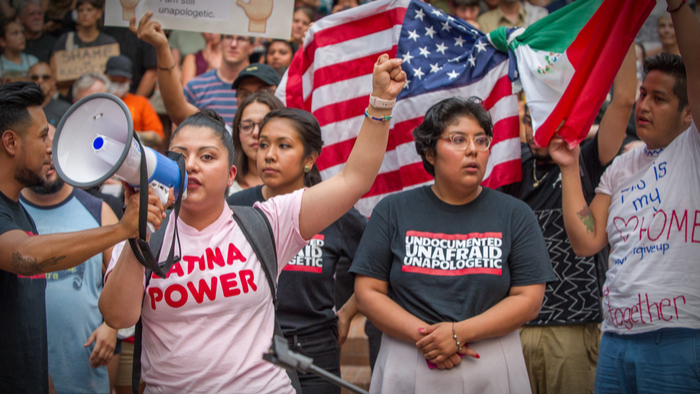 • In this interview with Philanthropy News Digest, Hispanics in Philanthropy President/CEO Ana Marie Argilagos discusses the recent aggressive policies of the Trump administration, their affect on the Latino population and what her organization is doing to mobilize support for the most vulnerable communities.

• How can we make sure that HIP’s efforts resonate? We can start by making sure Latino communities in the U.S. have the resources they need to counteract regressive assaults on their liberties.

• Here’s how public-private partnerships can improve economic outcomes for refugees and immigrants.

For more than thirty-five years, HIP has worked to advocate for Latino communities across the Americas. And today, in what is certainly an historic moment for the nation and the world, we have an incredibly important role to play. I see us playing that role in three areas. First, we must act as the conscience of the philanthropic sector. We must push on foundations to do more for the Latino community — not just because it’s the right thing to do, but because it’s necessary if we want to advance human rights, guarantee the safety of the next generation, and ensure the growth of a more democratic and prosperous society.

Second, we’re leaders in recognizing Latino nonprofits. We find organizations that are doing great work, we vet them, and we shine a spotlight on them so that foundations can see — and support — them. It also keeps foundations accountable for funding diverse organizations, instead of just funding the same well-known nonprofits over and over.

Last, as a pathmaker in philanthropy, we also mobilize Latinos to invest in their own communities. We were an early innovator in this space and launched the first bilingual crowdfunding platform for social impact work in the Americas. Now we’re looking for new ways to innovate and engage our community on a large scale.

Read the full interview with Ana Marie Argilagos about empowering the Hispanic community by Mitch Nauffts at PhilanTopic.

If you are interested in Race and Ethnicity, please see these relevant events, training, conferences or volunteering opportunities the Giving Compass team recommends.