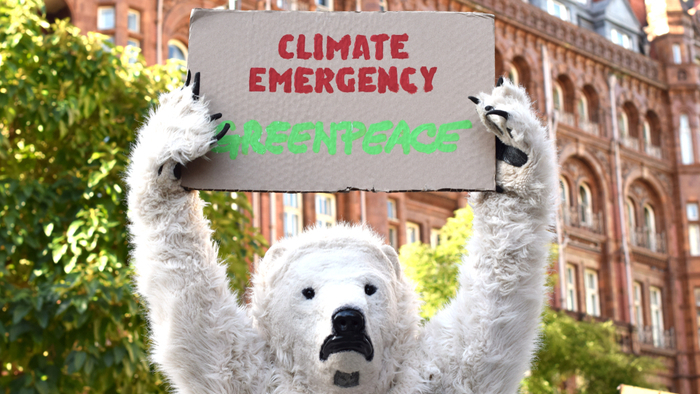 • Smart Cities Dive reports that cities are wrestling with the urgent need to deal with the climate crisis, and advocates say that there will be continued emergency climate declarations until real change occurs.

• These emergency declarations have also been driven by an abundance of climate strikes and a generational shift that has taken place inside city halls.

• Here’s an article about disrupting capitalism to solve climate change.

Hundreds of thousands of climate advocates have marched on city streets this year to demand governmental action in the fight against climate change. As more protests near, an increasing number of cities have matched the reverberating sense of urgency with climate emergency declarations to drive policy.

Around 50 cities and counties in the United States have made such declarations, according to campaign group The Climate Mobilization, which urges a level of “World War II-scale” efforts to reverse the effects of global warming and cut emissions back to pre-industrialization levels. The Darebin City Council in Victoria, Australia, became the first city in the world to declare a climate emergency on Dec. 5, 2016, inspiring others to follow suit.

The trend recently spread to the U.S. and is growing, with cities viewing it as a way to hold themselves accountable on ambitious climate goals by pledging to urgently cut emissions and make their economies greener.

“This may be coming to your city as a demand soon,” Ezra Silk, director of strategy and policy at The Climate Mobilization, told Smart Cities Dive.