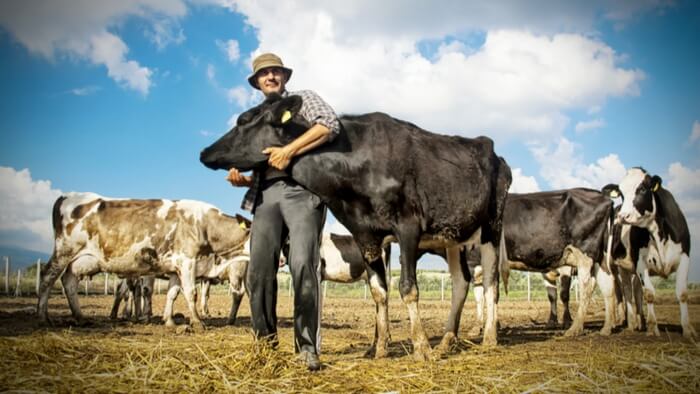 Agri-Mark Inc., a dairy cooperative with about 1,000 members, saw three farmers take their own lives in the past three years. The most recent was last month. It’s a very small sample, but very sharp and disturbing increase.

Will Rogers, a ruddy-faced white-haired farmer who has 75 cows on his farm in Warren, Massachusetts is out in his barn milking cows at the crack of dawn every single day.

Rogers says the price he’s getting for milk these days is what he made several decades ago.

It’s about 75 percent of what he needs just to break even. And the stress is only mounting as milk prices continue to fall, due to a global oversupply of milk, and lower prices overseas.

Knowing farmers’ despair, Agri-Mark wanted to help. The Co-op pays its member farmers for their milk, which goes into its own brands of Cabot and McCadam cheeses, as well as others. When it came time to mail farmers their milk check this month, Agri-Mark also included a chart showing the dismal 2018 milk prices forecast, and a list of suicide prevention hotlines.

According to the Centers for Disease Control and Prevention, farmers, as a group, have a higher suicide rate than any other occupation, even twice as high as vets.