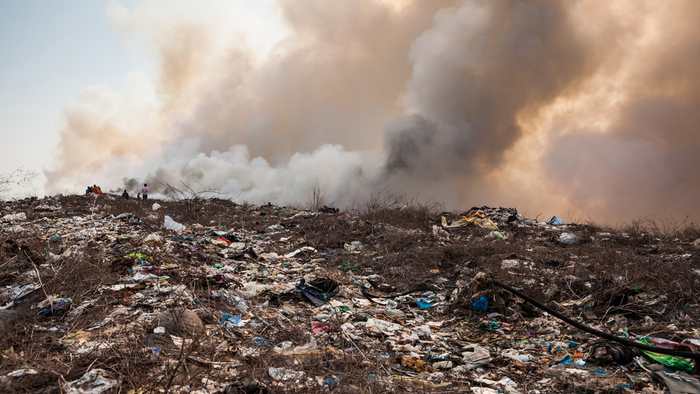 • Two years after China’s recycling ban, Southeast Asian nations are struggling to deal with import surges and enacting bans of their own.

• How can philanthropists affect the production of plastic, rather than or in addition to promoting recycling and clean up efforts?

• To learn about ten simple ways you can reduce single-use plastic in your own life, click here.

China was the world’s biggest importer of recyclable materials when, in January 2018, it banned shipments of plastic, unsorted scrap paper and other waste materials. This policy, called National Sword, turned the global recycling industry upside down. The government blamed the prevalence of contaminated or tainted imports and said it was concerned about the country’s ability to manage waste.

Within months, shipments of waste from Europe, Australia, Canada, the United States and Japan started arriving at ports in Southeast Asia, initially to Thailand, Malaysia and Vietnam. This rejig would soon leave a mark on coastal communities and their environments. According to Greenpeace Southeast Asia, between 2016 and 2018 the ten countries within the Association of Southeast Asian Nations (ASEAN) saw plastic waste imports grow a staggering 171% – from 836,529 tonnes to 2,265,962 tonnes.

“Southeast Asia, as a region, was very much unprepared for the shipments that came in after the China ban,” says Beau Baconguis, Asia-Pacific coordinator at the Global Alliance for Incinerator Alternatives (GAIA).

Read the full article about Asia’s recycling ban by Nithin Coca at Eco-Business.