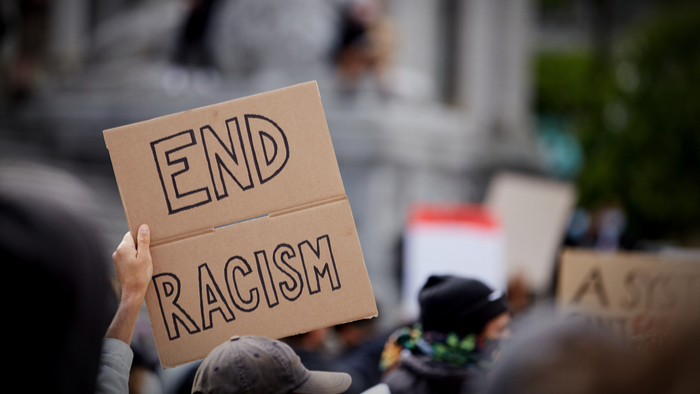 U.S. donors have poured billions of dollars into fighting racism since George Floyd’s murder. According to Candid, more money has been given to racial equity since June 2020 than in the prior nine years.

While we should be encouraged by these flows of money, we shouldn’t be satisfied. If slavery is America’s original sin, it will take untold time and resources to address resulting racial bias, especially given historic underfunding of communities of color. Changes to policy and cultural norms are long-term propositions, but we can accelerate toward them by directing resources effectively. Madam C.J. Walker, a Jim Crow-era Black, woman, millionaire philanthropist, offers important precedents.

Walker (1867-1919), who some may have met through the recent Netflix miniseries Self Made, started a cosmetics company based in Indianapolis, IN that generated extraordinary wealth for her and enabled thousands of Black women to become financially independent. While running her business, Walker gave extensively to Black-led charities and backed the women’s suffrage and anti-lynching movements.

But Walker’s gifts did not typically come with the strings and politics of white philanthropy to Black causes, which, as I write in my new book, Madam C.J. Walker’s Gospel of Giving: Black Women’s Philanthropy During Jim Crow, failed to challenge race relations’ status quo. She regularly funded Black-led organizations that were dealing with Jim Crow’s racism like Booker T. Washington’s Tuskegee Institute in Alabama and Mary McLeod Bethune’s Daytona Normal and Industrial Training Institute in Florida. Her gifts bolstered social service agencies like the Black YMCA and Flanner House in Indianapolis. Walker had first-hand knowledge of the dilemma Black organizations faced taking on white funding, and aligned her giving with organizational missions that opposed segregation, then stepped back and let the organizations work.

Today’s donors who are focused on racial equity would do well to follow suit: Trust in the ability of organizations to do the necessary work. Nonprofits need financial resources, but not micro-management and insistence on hands-on engagement, which all too often has accompanied transformative, monetary gifts by donors.

Use Your Voice and Influence

As Walker traveled the country promoting her company, she regularly spoke about causes essential to securing Black freedom from Jim Crow. During WWI, for example, she addressed the National Association of Colored Women’s convention in Denver, Colo., which included both the state’s governor and the city’s mayor, and reminded white political leaders of the need for change. “When this war is over and the colored boys have helped to win this democracy we all hear about, we expect the lynching of our people to cease, Governor Gunter,” she declared.

This was no isolated event. A year earlier, she and her sales agents had sent a signed resolution to President Woodrow Wilson demanding protections from lynching. She also publicly supported women’s suffrage and criminal justice, securing a pardon for a Black man and relative accused of murder in Mississippi.

Similarly, donors should lend their voices and influence to amplify calls for racial equity. Dollars are important, but influence can engage teacher unions, city halls, state legislatures, and, yes, police departments, in the interest of reform. Grantmakers should be prepared to stand with organizations they fund to create change, and leverage political influence to advance racial equity agendas.

Give for the Longterm

In 1952, Walter White, the executive secretary of the NAACP, stood over Madam Walker’s gravesite during a memorial service at Woodlawn Cemetery in Bronx, NY. There, Walker Company executives from Indianapolis and beauticians from as far away as Oregon assembled as part of a pilgrimage to celebrate Walker’s life. “Mme. Walker’s generosity virtually saved the NAACP in the dark days of the depression,” White declared according to news reports. At the time, Thurgood Marshall was gearing up for the NAACP’s historic Supreme Court battle over the Brown v. Board of Education case, which ultimately desegregated schools.

Walker, who gave to the NAACP during her lifetime, could not have known that her estate provisions would help the organization win a milestone for racial equity 35 years after her death. The lesson for donors who want to win the next milestones against racism is don’t stop with this year’s gift. Write the same gifts into next year’s budget, and every year thereafter. Increase them annually. Further, make estate plans or endow funds so that gifts continue in perpetuity. Despite current national focus on racial equity, Breonna’s killers went free. We are generations from racial justice. Like Walker, today’s donors need to play the long game.