Braven: Fueling a Generation of Diverse Leaders through Higher Education

This Q&A is part of a series highlighting the work of Black education leaders in partnership with the 1954 Project.

By the time she reached high school, Aimée Eubanks Davis, founder and CEO of Braven, knew the power of economic mobility. Her parents had purchased a property four blocks from a notorious gang headquarters that now sits seven blocks from the Obama home in Chicago. Later, as an educator, Eubanks Davis identified an education-to-employment gap that was preventing young people from attaining economic opportunity.

Before the pandemic, only 30% of the 1.3 million low-income or first-generation college students graduated with a job out of college or an offer for graduate school. Braven partners with higher education institutions to ensure that underrepresented students develop the skills, networks, confidence, and experience to find meaningful employment opportunities. And, they are making an impact. Before the pandemic, 49% of Braven students were already out-earning their parents in their first job out of college. In 2020, 84% of Braven graduates had employment opportunities after college, compared to the national average of 60%.

Because of this inspiring work, Eubanks Davis was recently recognized as one of five Luminaries by the 1954 Project, a Black-led education philanthropy initiative to fund diverse leaders. Giving Compass recently spoke with her about Braven’s work and future plans. The interview has been edited for length and clarity. 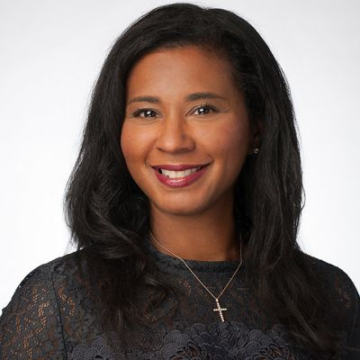 Q: What inspired you to launch Braven?

I decided to launch Braven after quite a long career in K-12 education. I had taught sixth grade early in my career in New Orleans and my first class was set to graduate from college the year of Hurricane Katrina. Around that same time, I was running the large-scale human capital effort for Teach For America (TFA), and we were recruiting 50,000 young people to the teaching corps.

I was gut-punched when I learned that one of my former students who had made it to some of our country’s very top universities was struggling to get over TFA’s recruitment bar -- not because of lack of talent but rather because no one had prepared her with the professional competencies needed for her launch from college to career. These include interview prep that more affluent students were getting from their parents, as well as access to a network of local professionals. I found a way to get a coach for this student to help with TFA’s application process and she was later accepted. But all I could think about was the talent that we saw in her -- and almost lost -- as well as the potential economic loss for her, her family, and for the country.

I decided that the college-to-career pipeline was broken. I felt like there was a way forward and a solution. That’s how Braven began.

Q: How is Braven helping to create a more equitable education landscape in the U.S.?

The schools that we're working with -- typically larger, public colleges and universities that are based in metropolitan areas -- have thousands of students who are on Pell Grants and are doing everything right. Unfortunately, these schools are often under-resourced. Through our partnerships, colleges embed career prep into the undergraduate experience for students (typically sophomores or transfer juniors from a community college), helping to eliminate barriers that those with responsibilities outside of school might have.The Braven course teaches students the skills they need, helps them build their network, and exposes them to volunteers from employer partners who coach a cohort of five to eight students throughout the semester. And at the same time, our volunteer coaches learn how to lead and manage a diverse team, skills that are so important.

Q: What are the biggest challenges you see children of color facing in the U.S. education system? And, what are you hopeful about?

In America, we promised that if you work hard and have a lot of ambition, there would be equal opportunity. However, that is not the case. When it comes to the group of young people we serve, they are earning 66 cents on the dollar to their higher-income counterparts with the same bachelor's degree. Moreover, African American young people with a B.A. are almost twice as likely to be unemployed in comparison to their white counterparts. These sorts of massive problems lead to systemic injustices, but in the world of Braven and higher ed, there can be a systematic way to solve this problem. I am hopeful, because with intentionality, we can address this issue. We can support higher education by embedding career prep into the academic side of the undergrad experience and figure out how to get employers closer to unsuspecting talent and to see that talent for what it is, which is not only incredibly diverse, but also genius and hardworking.

Q: Tell me about the 1954 project and what results you hope to achieve with this additional support and funding.

The 1954 Project funding will absolutely help grow our impact, positively allowing us to bring in more Black students from humble beginnings nationwide.

We have a deep understanding of some of the root causes of the lack of economic mobility, especially in particular for students who are Black, who are on their way to obtaining a bachelor's degree. This funding is going to help us double down on our efforts and expand our programs to make sure that we are helping to jumpstart their trajectories. It will help us be able to work with at least one, maybe more historically Black colleges. It will help us target a group of Black students who we really wanted to work with in the past, but were harder for us to get to.

Q: How can philanthropists help reimagine our education landscape and better support Black education leaders in the U.S.?

New Profit commissioned a study that found that BIPOC-led organizations received only an estimated 4% of the total grants and contributions in the sector today. That kind of funding gap makes it pretty impossible for someone like me, who is running an organization that is producing results, to actually obtain the resources that we need in order to solve the problem that we're addressing.

In my case, and for many social entrepreneurs who are Black or from other minority groups, we are often addressing a problem that we have close proximity to. Philanthropists have to understand the enormous role that they can play in terms of closing the funding gap and investing in people who don't look like their son or their daughter or their niece or nephew because those people could hold the answer to some of the problems that should be solved in our lifetime.

Moreover, the funding gap leads to a second gap: Thought-partnership. When you’re an entrepreneur that doesn’t have equal access to the funding, you also don't have access to the information capital and the thought partnership that you can get from partnering with philanthropists.

Q: Do you have any final advice you have for donors, specifically for the growing field of Black education philanthropists and allies that the 1954 project seeks to bring together?

I am just one of many Black social entrepreneurs who are doing important work. There are many others. The philanthropic community is at a moment where they can help showcase an asset-based narrative about investing in Black social entrepreneurs. Our country always seems to get to a point of truly doing the right thing, just like the 1954 Project is named after the year of the historic landmark case: Brown vs. Board of Education. There's never any time like the present to do the right thing, to make history, to change the narrative and change the course of philanthropy in this country.

Barriers Preventing Immigrants from Working at Their Skill Level