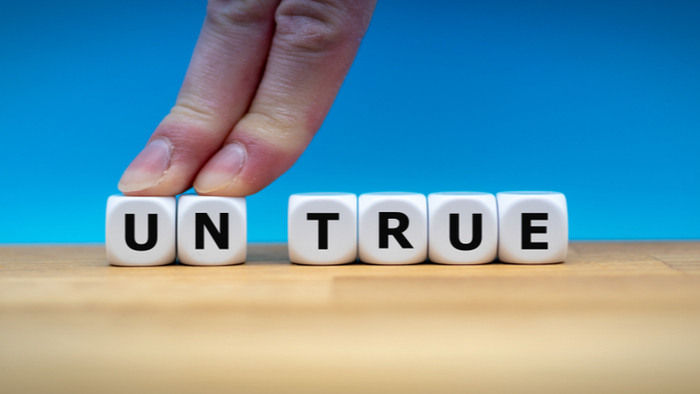 • The Lilly Family School of Philanthropy provides data and evidence to bust common myths about philanthropy in the United States.

• How do these – and other – philanthropy myths harm the sector?

• Learn about myths in nonprofit accountability.

Myth 1: Religious Giving Is Declining
Religious affiliation and attendance at houses of worship remain two of the best predictors of giving to religious institutions. The decline in religious affiliation and attendance in recent years has coincided with the decline in the percentage of US households making any charitable donations in the past few decades, according to the Indiana University Lilly Family School of Philanthropy’s Philanthropy Panel Study. Giving to religious congregations has also declined, falling from 46.5 percent of US households in 2000 to 31 percent in 2017.

However, coauthor David P. King, director of the Lake Institute on Faith & Giving, has shown that these numbers obscure complexities of giving across faith traditions and hide the diversity among religious institutions. The statistics focus on blanket trends affecting houses of worship rather than the broad array of faith-based nonprofits and the particularities of congregations’ stories, which paint a very different picture.

Myth 2: Women Are Less Philanthropic Than Men
A growing body of research shows that women play a distinct and powerful role in philanthropy, with shifting economic positions and social roles shaping women’s philanthropy over the last 40 years. Statistics reveal, for example, that women today comprise half of all workers on US payrolls, up from just over a generation ago where women made up only a third of the workforce. Mothers today are the primary breadwinners or cobreadwinners of nearly two-thirds of American families. The number of women who are unmarried has skyrocketed: 40 percent of women over age 25 are now unmarried and a record 40 percent of children born in 2007 had an unmarried mother.

The significant changes in the socioeconomic roles of women have implications for charitable giving. Spouses with higher levels of education, income, or knowledge of household finances tend to have greater control over financial decisions. These factors have resulted in more women-led nonprofit organizations and funding initiatives, which are playing an increasingly larger role in the sector.

Myth 3: Immigrants Take—They Don’t Give
The imposition of more barriers for legal immigrants to obtain US visas and green cards, coupled with the reduction of the number of refugees allowed entry into the United States and the deployment of US active troops to guard the US border with Mexico, has been fueled by the xenophobic stereotype of immigrants as takers, not givers. But recent research by coauthor Una Osili, dean’s fellow at the Mays Family Institute on Diverse Philanthropy, suggests that immigrants to the United States give back in diverse ways and at levels comparable to households born in the United States.

Data from the Philanthropy Panel Study (PPS), part of the Panel Study of Income Dynamics (PSID), suggest that immigrant status does not have a statistically significant impact on the likelihood of giving and the amount of charitable giving after controlling for permanent income, education, savings, and other variables. In addition, a longer stay in the United States correlates with an increase in immigrants’ charitable giving. Over time, participation and levels of charitable giving converge to patterns exhibited by US-born

Read the full article about philanthropy myths from the Lilly Family School of Philanthropy at Stanford Social Innovation Review.