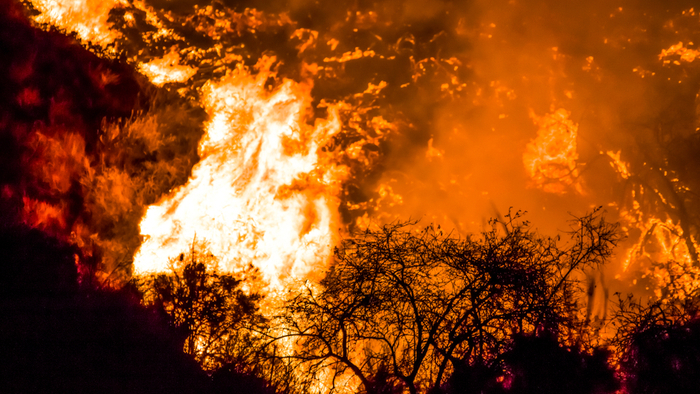 • California’s wildfire season is upon us and although power outages and blackouts were intended to be a last resort in PG&E’s wildfire mitigation plan, the company has already used them twice.

• What are some other methods for preventing wildfires? How can donors plan their giving in a way that supports those efforts?

• Here’s an article on preparing for future wildfires.

Several fires erupted in Northern California over the weekend, marking the beginning of the state’s 2019 fire season. The largest blaze, dubbed the Sand Fire, burned at least 2,200  acres in Yolo County, destroying multiple non-residential structures and forcing more than 300 residences to evacuate. High fire risk conditions stretched from the North Bay region to the Sierra foothills, and Pacific Gas & Electric, the state’s largest utility, cut power to thousands of residents on Saturday to prevent power lines from sparking even more blazes.

The blackouts came less than two weeks after the California Public Utilities Commission approved of new wildfire mitigation plans for power companies, including that of PG&E, which expanded preventative power shutdowns. “De-energizing power lines may be necessary as a last resort to avert devastating utility caused wildfires,” Commissioner Clifford Rechtschaffen said in a statement last month, after the PUC approved the plans.

Read the full article on PG&E’s plan to prevent wildfires in California by Kate Wheeling at Pacific Standard.

If you are looking for opportunities to learn and connect with others interested in the topic of Clean Energy, take a look at these events, galas, conferences and volunteering opportunities aggregated by Giving Compass.