Can Civics Education Allow Schools to Rediscover Their Democratic Purpose? 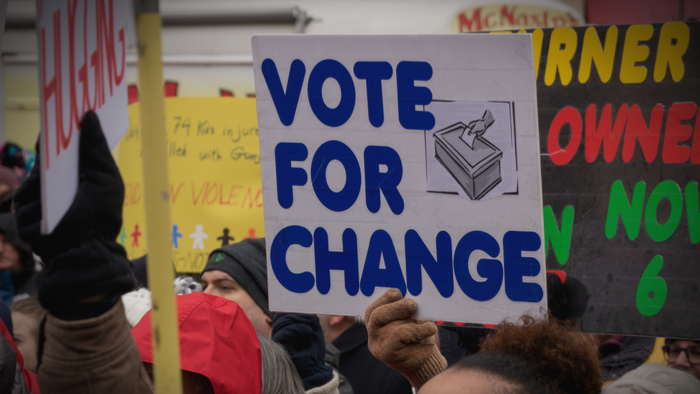 • Democracy Prep is a network of schools that instills civics education lessons into the curriculum so that students can understand the significance of being an active, participating member of the democratic process.

• How can donors support programs such as this one to drive progress in student activism?

• Read about how teaching civic engagement will challenge students to change the world.

The results were historic.

The 2018 midterm elections were a generational moment of mass democratic mobilization. Americans opened their wallets, knocked on doors and swamped the polls in record numbers, hitting a 104-year high for voter participation to hand Congress to the Democrats and deal Donald Trump the greatest defeat of his presidency.

A thumbnail portrait of that political wave could be seen in New York, where speed-walking commuters were greeted on Election Day by a sight that has become familiar to them over the years. On the sidewalks of Harlem, swarms of students from Democracy Prep Public Schools, a local charter school network, clutch fliers entreating them to exercise the franchise. The youngest, some just kindergartners, wear yellow T-shirts printed with the slogan, “I Can’t Vote … But You Can!”

If passersby can’t be bothered to read them, the kids have been known to shout to get the point across.

Many of the kids had taken part in this ritual before. Democracy Prep, which comprises 21 schools in five states, lives up to its name by placing democratic action at the heart of its identity. The network’s 6,500 students regularly participate in Get Out the Vote drives not only in November but also in primary elections.

The schools’ street-level organizing is paired with a set of civics-related requirements intended to foster the skills of social participation. High schoolers must complete 40 hours of community service and also lobby public officials, compose a brief about a politician or policy proposal, provide an oral presentation (whether a public speech or testimony before a panel), submit an op-ed for publication and raise money for a cause. And every Democracy Prep senior must pass the U.S. citizenship exam.

Read the full article about civics education by Kevin Mahnken at The 74.