Changing the Art World By Including Women 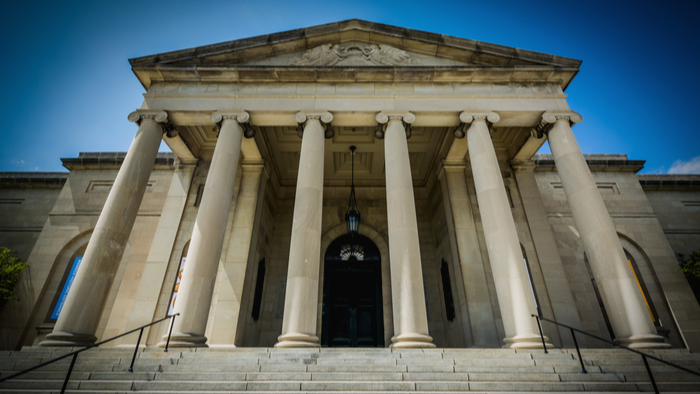 • The Baltimore Museum of Art recently announced that it would only purchase works made by women in the next year in an effort to be more inclusive of women and their art.

• This decision, while progressive and in the right direction, is still controversial. Some female artists still argue that women have been pushing for this decision for years, and their voices have gone unheard.

• Read about improving equity in the arts.

To great fanfare, the Baltimore Museum of Art announced earlier in November that the institution will only purchase works made by women in 2020. Just 4 percent of the museum’s 95,000 artworks and objects were made by women, typical of the gross imbalance in art collections across America and around the world.

Christopher Bedford, the museum’s director since 2016, described the initiative as a proactive effort to address a root problem for the art world. “To rectify centuries of imbalance, you have to do something radical,” he told The Baltimore Sun.

“Women are about to take over the Baltimore Museum of Art,” reads a story in The Wall Street Journal.

Yet one group is raising questions and concerns about the new push at the Baltimore Museum of Art: women in the arts in Baltimore. In a November 26 feature published by BmoreArt, a magazine devoted to the arts in Charm City, more than two-dozen women registered their impressions of the museum’s pledge. Some used words such as “tokenism” and “contrived.” An editorial from editor-in-chief Cara Ober and managing editor Rebekah Kirkman described the announcement as “headline friendly.”

That much is true: CNN, NPR, and scores of other publications—to say nothing of the art press—have run articles about the museum’s “2020 Vision.” As the reports detail, the museum has planned 22 exhibits for 2020 focusing on woman-identifying artists, including a major commission by Mickalene Thomas and a career survey of Joan Mitchell. Nineteen of the shows will feature only works by women.

The latest push is a “better platform” but still a “boxed platform,” writes Maura Callahan, a Baltimore arts writer, in one of the 27 letters published by BmoreArt.

Several of the letters echo shared concerns: about the far greater and disproportionate absence of artworks by African American women, for example, or the lack of women in leadership positions to steer decisions made by the museum.

Read the full article about women and art by Kriston Capps at CityLab.

A good way to complement your interest in Arts and Culture is to connect with others. Check out these events, galas, conferences or volunteering opportunities related to Arts and Culture.