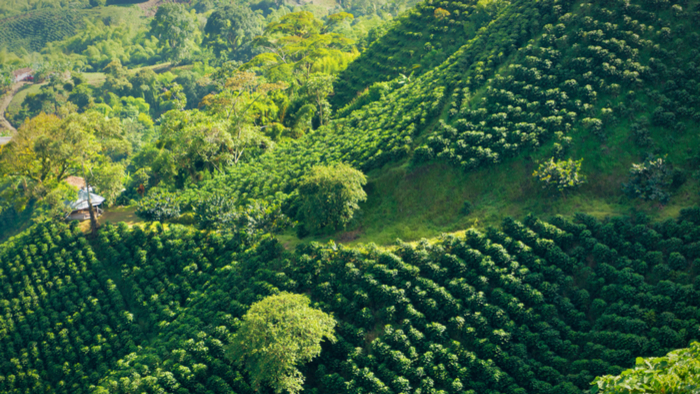 • One way to help communities cope with climate change is to support the creation of a climate adaptation action plan, see an example here.

In Colombia’s coffee-producing region of Risaralda, small trees run along the sharp incline of the Andes Mountains, carefully tended in tidy rows. Thousands of green coffee berries turn brilliant red as they ripen, ready to be harvested by hand. The steep hills here prevent mechanized techniques.

Its unique geography makes Colombia one of the world’s greatest coffee-producing nations, selling US$2.64 billion of mild, high-altitude Arabica beans to countries around the world each year. Only Brazil and Vietnam export more coffee.

Despite their global reach, coffee farms in Colombia are generally family-owned and modest in size – perhaps 5 to 12 acres.

These fertile mountains already face weather-related risks, such as mudslides and erosion. Now, the country’s coffee region is increasingly vulnerable to climate change-induced disasters like flooding, drought, and invasive pests.

Our research team went to Colombia in early 2018 to talk with the coffee farmers of Risaralda about how they are adapting to climate change.

We asked 45 farmers questions that tapped into the farmers’ own conceptualization of climate change.

Over 90 percent of the coffee farmers reported changes in average temperature. Seventy-four percent said droughts had gotten longer and worse, and 61 percent reported an increase in mountainside erosion and landslides because of more rain.

Read the full article about Colombian coffee farmers by Jessica Eise and Natalie White at The Conversation.