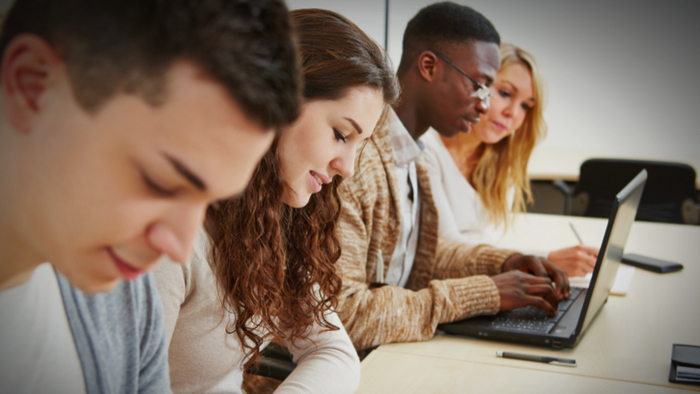 • Courtney Morgan, writing for Chalkbeat, talks about her experience teaching computer science courses and describes how her students felt empowered by these classes.

• How will computer science courses change traditional instruction and help prepare students for the future workforce?

Far too many high school students have walked into my classroom with a fixed idea of how much they can accomplish.

That mindset is especially prevalent in the math classes I taught for years, where some students walked in confident that they would fail. But computer science instruction is proving to be a game-changer for my students.

I didn’t expect this to happen. I switched from teaching math to teaching computer science in an effort to get out of my own comfort zone and to move into a subject area without a graduation-required Regents exam attached, allowing me and my students more creative freedom.

Three years in, I’ve found that computer science instruction offers a unique space for students to change the way they think about their own abilities, especially in the all-girls public school where I teach.

My students don’t assume that there is knowledge they should have but don’t, as they might with a core content class. When encountering a new concept, there is no assumption that they are “dumb” or “behind,” because many of them have either never attempted a computer science class or, if they have, have never attempted one in Javascript, our language of choice.

My students start fresh. And nearly every day, they are invited to wrestle with problems, engage in algorithmic thinking both individually and in pairs or groups. Being comfortable with the idea of failure, of being new to something, and of never really being done iterating is a prerequisite for learning computer science.

We talk a lot about “empowerment” in education, but this feeling of real power is something we don’t think enough about giving to students. I hope any positive experiences my students have places them even more firmly on a path to succeeding in any field they wish — and gives them access to spaces that have historically excluded them.

Interested in learning more about STEM? Other readers at Giving Compass found the following articles helpful for impact giving related to STEM.

If you are interested in STEM, please see these relevant Issue Funds, Charitable Organizations or Projects where you can get involved.