Collective Giving Basics: How To Leverage the Movement 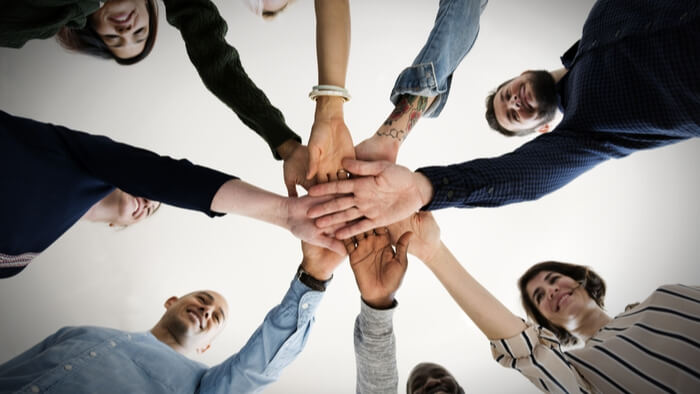 • The Funding Network gives a primer on the concept of collective giving — pooling resources and funds from foundations, companies and other actors for the social good — and its impact on philanthropy in Australia.

• Lessons for the U.S.? Any movement that promotes community interaction and inspires more people to give with intelligence is applicable anywhere, not just Down Under.

• Collective giving (or giving circles) have tripled in number since 2007. Read more about their growth here.

Collective giving. Is it just another buzzword? A passing trend? Or is it here to stay?

New giving concepts and donations platforms seem to be popping up left, right and centre. But let’s take a look at collective giving  —  you might be wondering what it is and how is it changing the way Australians are interacting with charities. We often get asked what you can do to leverage the movement for your charity or social enterprise.

At The Funding Network (TFN) we’re the largest and most active collective giving group in Australia. Since 2013, we’ve worked with over 190 non-profits and social enterprises, building their capacity and enabling them to access the funding, resources and connections they need to thrive.

So, what is collective giving? In its simplest form, it’s the coming together of individuals, corporates and philanthropic foundations to pool funds and resources to ignite social change. It is a form of high impact grantmaking that is growing exponentially around the country. And, unsurprisingly, nonprofits and social enterprises around the country are reaping the benefits.

Recent research into the collective giving movement has found 70% of respondents have increased or substantially increased the amount they donate to charity, as a result of the emergence of collective giving groups. This represents a critical shift in the way Australians are engaging with charities; moving away from “checkbook philanthropy” to a more hands-on connected relationship with social causes and beneficiaries.

Read the full article about demystifying collective giving by The Funding Network at Social Good Stuff, via medium.com.

Social Enterprise is a complex topic, and others found these selections from the Impact Giving archive from Giving Compass to be good resources.

Learning with others and benchmarking are key steps towards becoming an impact giver. If you are interested in giving with impact for Collective Impact, take a look at these events, galas, conferences and volunteering opportunities to connect with individuals like you.