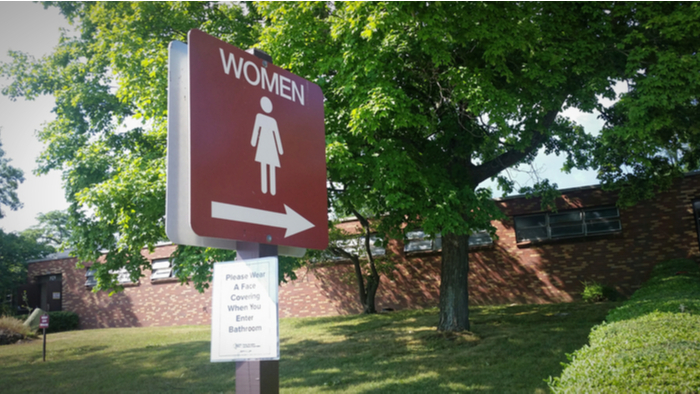 • An article at Othering & Belonging Institute discusses the importance of inclusive bathroom policies as the gateway to dramatically reducing stereotyping and discrimination.

• Learn about efforts to improve social inclusion within education.

Restroom access has played a central role in many significant civil rights movements. Scholars point to the use of fears of the mixing of different bodies in public as a persistent means to undermine social equality causes, from racial and disability equality, to the contemporary othering of the transgendered body. As with public pools and beaches, resistance to desegregation of bathrooms figured prominently in struggles for equal access to public accommodation for African Americans. Efforts to overcome unequal access facing transgender individuals can simultaneously address intersectional needs in restroom access by moving beyond the presumptions embedded in sex segregated restrooms.

Moving beyond unsubstantiated fears of trans bodies, policymakers and courts should focus on creating inclusionary policies that ensure equal public access and dignity while working to allow self-definition of identity and identity-based discrimination remedies. Reliance on stereotypes has material implications for trans rights, as well as for women who in the laws are portrayed as passive victims of sexual assault. A large number of groups face persecution by the law based on stereotypes, creating fears among many different groups of being “misclassified.”

As in health policies that treat gay and bisexual men as a threat, queer advocates can still rely on “overbroad generalizations to make judgements about people that are likely to perpetuate historical patterns of discrimination.” These representations can hold negative implications for those outside of these identity groups: namely trans women of color who are statistically most likely to experience sexual violence. Change agents need to recognize intersectionality and “interrelatedness of homophobia, biphobia, transphobia, hetereosexism and cisgenderism.” Institutions should work to understand how overlapping identity experiences can lead to unequal access as well as heighten negative health outcomes.