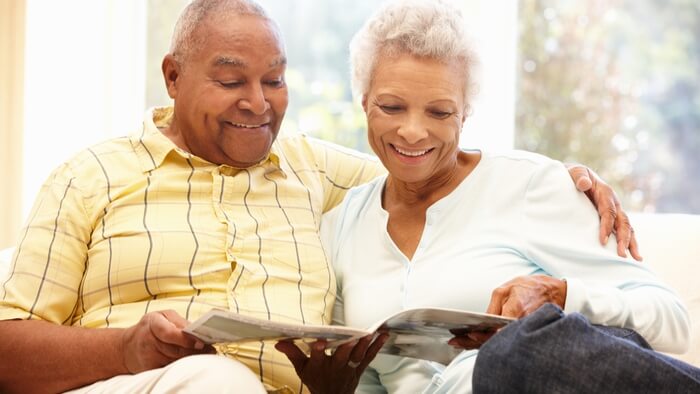 “Philanthropy is commendable, but it must not cause the philanthropist to overlook the circumstances of economic justice which make philanthropy necessary.”

Mr. and Mrs. Roberts (not their real name) are an African American couple in their 70s, retired and loving life. She was a C-suite executive for most of her career; he was a medical doctor. They raised their two children in a large American city and continue to live there. They both grew up in families with modest means, and both their families participated in the Great Migration of African American families from the rural south to the industrial northern Midwest post-World War II. Their parents were postal workers, school teachers and custodial workers. The Roberts worked hard, lived frugally, saved and invested wisely. Now, in their 70s, they enjoy traveling and collecting art. Recently, they made a bequest to a major art museum of art and cash valued at over one million dollars. They are generous philanthropists, giving around $100,000 per year, mostly to projects that help low income students gain access to greater opportunity.

Philanthropy as a sector in the U.S. has not always been inclusive or reflective of our increasingly diverse society, but high net worth donors of color like Mr. and Mrs. Roberts represent a large and growing segment of the American philanthropic landscape.

I am part of a brilliant team that is engaged in a multiyear, multi-part project around researching, interviewing, engaging and networking high net worth donors of color. We are lucky to hear, record and (someday soon) share amazing, inspiring, generous stories of Americans – individuals who descend from enslaved people, were born here or immigrated to our wonderful country. We’ve conducted 49 individual interviews so far (we aim to do 100) and many HNW donors of color express a keen desire to move the needle on issues related to racial, economic and social justice.

Our initial finding demonstrates that high net worth (HNW) people of color (POC) are generous and philanthropically engaged but that they remain invisible to mainstream philanthropy and isolated from each other, rendering their giving less impactful.

The absence of HNW donors of color as an organized force in philanthropy has material consequences. It renders critical experiences, resources and talent missing at a moment in which our society requires new ideas, investment and innovation.

As we celebrate Dr. Martin Luther King, Jr. this month and mourn the 50th anniversary of his assassination this year, this is an opportune moment to think together how we as donors can influence and support projects that advance racial, social and economic justice.

Earlier this month, we witnessed a confluence of social equity activism and pop culture at the Golden Globes. Eight women actors brought eight women activists as their plus ones. The organizations they represent are great places to start if you’re looking to support on-the-ground activists and projects that advance racial, social and economic justice in a systemic change way:

I’m also a huge fan of the Emergent Fund, a rapid response fund for organizing in the most threatened communities – Black, Native, Asian, Immigrant, Muslim, LGBTQ and Latino. Funding decisions are made by activists, including two MacArthur “Genius” fellowship recipients.

As we continue our philanthropic efforts, let’s keep the ideals and vision of Dr. Martin Luther King, Jr. in our minds and hearts. His civil rights leadership evolved to become the cross-race Poor Peoples’ Campaign. He urged us all to call out and fight against the inequities that undergird the American dream. Immigrant and POC communities in our country are increasingly affluent and influential. Let’s work together to organize and include these new resources for equitable social change.