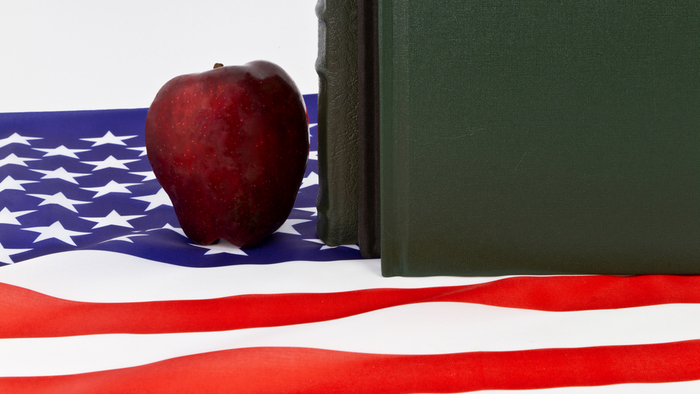 • Michael J. Petrilli at Education Next makes the argument that big national trends, such as those we’ve seen on the National Assessment of Educational Progress, or high school graduation or college completion rates, are driven mostly by socioeconomic trends.

• Which states are ready to lead during the next phase of education reform?

• Here’s an article that tracks education policies by state.

Earlier this summer, I presented a hypothesis: that the rapidly improving economic conditions for the country’s poorest families during the 1990s may have been responsible for much of the progress in student achievement we saw in the 2000s. As you can glimpse in the figure below, it appears that significant economic downturns, and upticks, were followed by similar movements on the National Assessment of Educational Progress—about seven years later for fourth grade scores and thirteen years later for eighth grade.

I find that national picture provocative and compelling. Still, I wondered if we’d see a similar pattern at the state level. Were the states where child poverty declined the most the same states where the “below basic” rate dropped the most?

Read the full article about education policy by Michael J. Petrilli at Education Next.