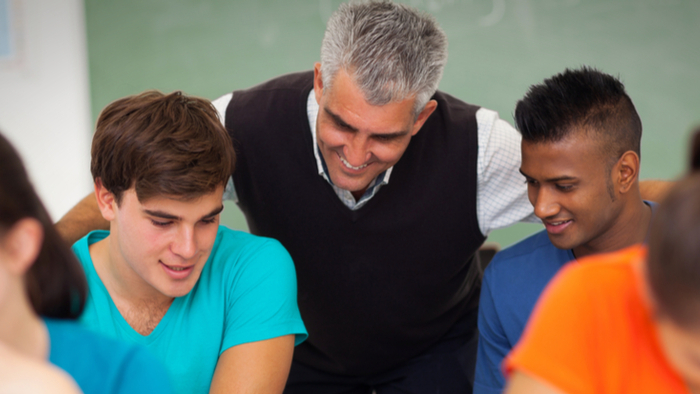 • How can funders work to spread educational equity across districts, cities, and states?

At New York City’s Urban Assembly Maker Academy high school in lower Manhattan, two things immediately stand out. First, its teachers are rarely standing at the front of the classroom dispensing facts and figures for students to dutifully transcribe. Instead, they’re constantly on the move, going from table to table facilitating group discussions and providing feedback as students work. Second, the students reflect the racial diversity of the city. Within one of the nation’s most segregated school systems, Maker Academy has attracted a mix of black, Latino, white and Asian students in which no single group makes up less than 10 percent or more than 46 percent of the population.

“This is the most diverse school that I’ve ever been a part of in my 15 years in education,” says school principal Luke Bauer. “We have kids from the projects and kids who take Ubers.”

The school’s leaders made diversity a priority before it even opened five years ago, Bauer says, when they chose not to use grades or test scores as admissions criteria. They also embraced a nontraditional educational model. Like a growing number of schools around the country, Maker Academy uses a mastery-based learning model, in which static letter grades on one-off tests and assignments are jettisoned in favor of detailed feedback that students use to revise their work as they progress toward mastery of clearly defined skills. Instead of receiving a C grade on an essay, for example, a student’s evaluation may include a 1 out of 4 in reasoning, a 2 out of 4 in evidence and a 3 out of 4 in communication, with an opportunity to submit additional drafts throughout the semester.

The results are promising. The school saw 90 percent of its inaugural class graduate in 2018  while surpassing the citywide average in measures of college readiness. It ranks high on the education department’s annual school quality surveys, and it’s becoming increasingly attractive to families, with five times more applicants than seats available, according to the most recent city data.

Read the full article about access and equity by Amadou Diallo at The Hechinger Report.