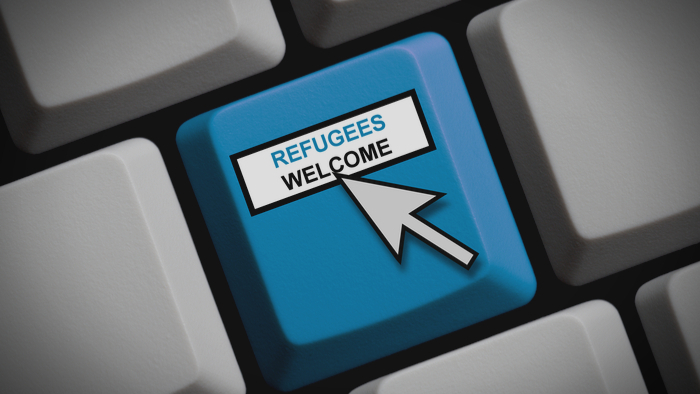 • Negar Tayyar shares his experience living as a refugee who helps other refugees through a holistic approach that embodies logos to provide a healthy support system for displaced people.

• Why is this a successful and effective approach?

• Read about other strategies that donors are executing in order to help refugees and asylum seekers.

In 1888, in his work ‘Twilight of the Idols’ (or How to Philosophize with a Hammer), Friedrich Nietzsche wrote “He who has a ‘why’ to live for, can bear almost any ‘how.’” This statement by Nietzsche took on a profound meaning for the Austrian psychiatrist and Holocaust survivor Viktor Frankl.

You may be wondering why I chose to begin this reflection with this quote and a reference to Frankl. I was born in adverse circumstances in post-Islamic Revolution Iran and the middle of the devastating eight-year Iran-Iraq war. We finally managed to escape Iran and became refugees who moved from country to country and camp to camp until we ended up seeking asylum in Germany.

I focused on ensuring that the basic needs of my mother and myself were met, I knew that my life would be meaningless if I didn’t have a purpose that went beyond material wellbeing. Interestingly enough this goal had to do with assisting others who had experienced dislocation similar to my own to regain a sense of logos in their lives.

On a daily basis, an unprecedented level of forced displacement due to protracted armed conflict and other forms of extreme violence is perpetuated across the globe. According to the latest UNHCR data, every two seconds a person is forced to flee.

Hitherto in my career, I worked with government, inter-governmental organizations and large NGOs building institutional capacity to address the issue of forced displacement by strengthening democratic governance. Through my work for the Global Whole Being Fund (GWBF), a global grantmaking body based in San Francisco, I am envisioning a holistic and dignified refugee support system that is grounded in dignity and respect.

Read the full article about refugee support system driven by logos by Negar Tayyar at Medium.

Learning with others and benchmarking are key steps towards becoming an impact giver. If you are interested in giving with impact for Global Poverty, take a look at these events, galas, conferences and volunteering opportunities to connect with individuals like you.