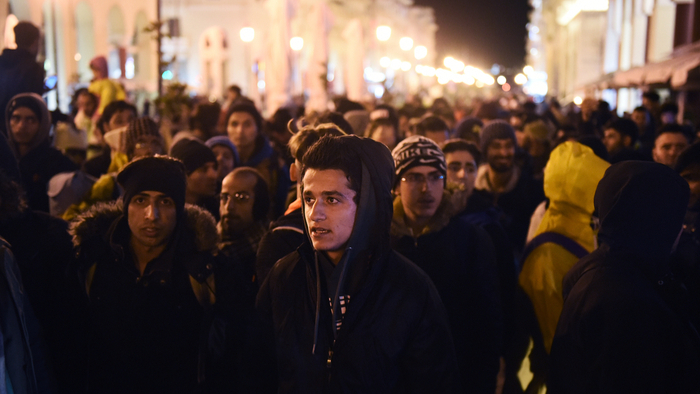 • Frederic Vallier explains how European cities have stepped up to cope with the influx of refugees, often butting heads with national governments.

• How can philanthropy support the efforts of cities working to care for their citizens and refugees? How can cities prepare for additional refugees?

• Find out why the number of refugees will increase in the coming decades.

Ever since 1 million people arrived on the shores of Europe three years ago, local authorities in cities and towns have been first responders, and mayors and other local leaders have warned that they continue to shoulder much of the responsibility for delivering services and integrating refugees and migrants, without adequate funding or input into refugee and migration policy.

Frederic Vallier, the secretary-general of the ‎Council of European Municipalities and Regions (CEMR), is trying to address this disconnect. CEMR advocates for thousands of local and regional governments across Europe. We spoke with Vallier about local innovations, national politics and E.U. budgets.

Europe is sharply divided over issues of refugees and migration. What role does local government play in addressing these divides?

Europe might be divided, but local governments are not really divided. When the crisis started, the first thing [CEMR] said was that we need to empower and support local governments in hosting and organizing the arrival of refugees.

Throughout Europe, cities have monitoring programs for emergency support, either alone or with the support of civil society organizations.

In Paris, there’s been some tension between Paris mayor Anne Hidalgo and the government of President Emmanuel Macron over responsibility for refugees.

It is still very conflictual, because the mayors really want to address the issue both for humanitarian reasons and also for ease of living together. You cannot have hundreds of people coming into a town and let them live in the street with no support and no facilities. So cities have to deal with the problem.

Of course, states – and not specifically France – don’t want cities to interfere because they want to control the migration issue.

Have you seen any examples of things going better since 2015 in municipalities around Europe?

Yes. Many municipalities have organized policies to address emergency issues, like violence against women or unaccompanied minors. In many cases, the situation has been organized better and better.

Read the full interview with Frederic Vallier about European cities role in the refugee crisis by Megan Clement at News Deeply.

Learning with others and benchmarking are key steps towards becoming an impact giver. If you are interested in giving with impact for Immigrant Refugee, take a look at these events, galas, conferences and volunteering opportunities to connect with individuals like you.