Exploring the Crisis of Unsheltered Homelessness 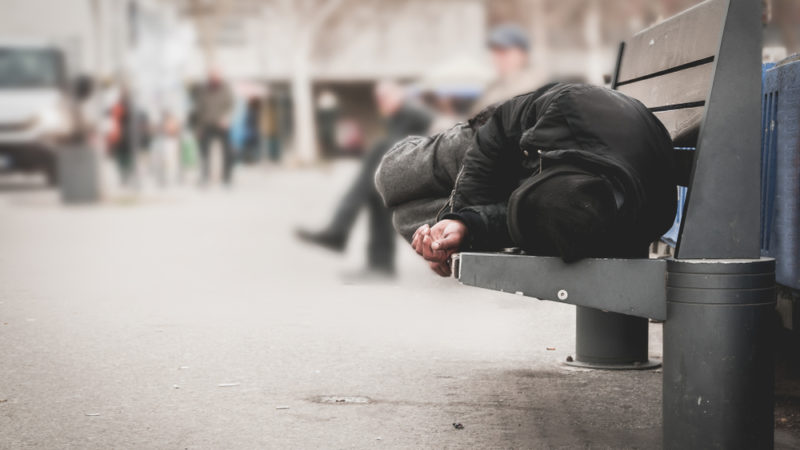 · Almost 200,000 Americans sleep outside or in areas not meant for habitation every night. Here, the National Alliance to End Homelessness discusses the issues causing the unsheltered homeless population to rise and what people and cities can do to help.

· What can be done to help end the homeless crisis today? Why is the number of unsheltered homeless individuals rising? How can America provide better opportunities for these individuals to get assistance?

· Here are some ways you can help the homeless.

Each night, nearly 200,000 Americans sleep outside or in a place not meant for human habitation, like an abandoned building, a park, or a car. Between 2015 and 2017, this population of people experiencing unsheltered homelessness jumped by almost 20,000. And while this represents only one-third of all people experiencing homelessness, it remains the most visible face of homelessness.

This issue is of increasing concern to many communities — often dominating news cycles and public debate about homelessness. As more towns and cities have witnessed an increase in tent communities and public encampments, there is greater urgency to address the issue.

Where is unsheltered homelessness on the rise?

What’s the context for this crisis?

Despite recent increases, it is important to note that unsheltered homelessness is actually down 25 percent nationally since 2007. In fact, the rise in unsheltered homelessness is driven largely by people living in just 11 cities. Alongside the list of communities that reported increases is a list nearly as long with communities that reported decreases.

Full results of 2018 Point in Time counts are not available yet, but early reports show that unsheltered homelessness has decreased in hotspots like San Diego County, Los Angeles County, Hawaii, and Las Vegas.

Read the full article about homelessness at National Alliance to End Homelessness.

Learning and benchmarking are key steps towards becoming an impact giver. If you are interested in giving with impact on Homelessness and Housing take a look at these selections from Giving Compass.