How Is Poverty Changing Over Various Thresholds? 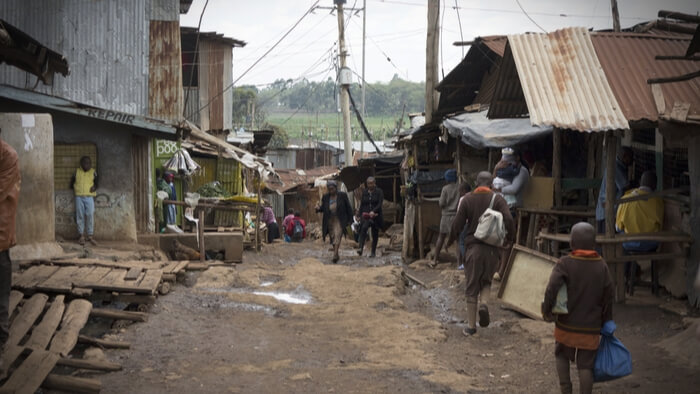 • Our World In Data takes a close look at global poverty, from the extreme end of the spectrum to higher thresholds, and sees that rates have, in fact, gone down over the past few decades.

• It’s important to note that there are many parts of the world making slower progress (or not seeing progress at all), but these findings are encouraging development funders. No matter where you set the line, it is possible to reduce poverty on a large scale.

• Looking for a roadmap on how to tackle poverty and inequity? Check this out.

According to the International Poverty Line, people are considered to be in “extreme poverty” if they live on less than $1.90 per day, or the equivalent amount after converting currencies and adjusting for price differences between countries. This is the definition used by the World Bank and many other international institutions.

Clearly, $1.90 is a very low threshold, so extreme poverty is, well, extreme.

It is very important that fewer people live in such extreme misery, and thankfully that has happened. Today, about 10% of the world population lives in extreme poverty, while in 1990 the corresponding figure was about 37%. Two centuries ago almost everyone in the world lived in extreme poverty.

But that doesn’t mean that we shouldn’t care about what is happening relative to higher poverty lines. The evidence shows that there is a clear and continuous relationship between material deprivation and subjective well-being, so it would be wrong to celebrate shifting daily incomes from $1.89 to $1.91, even if this shift technically means abruptly reducing extreme poverty. People living on $3, $5, or $10 per day also face substantial hardships, and are still living in poverty.

So, how has poverty changed relative to these higher thresholds?

The short answer is that global poverty rates have also been falling above the $1.90 line. This means that, although much still needs to be done, progress has been real. The historical reductions in global extreme poverty are not merely the result of people moving marginally above some arbitrary misery threshold.

Read the full article about how global poverty rates have changed by Esteban Ortiz-Ospina and Diana Beltekian at Our World in Data.