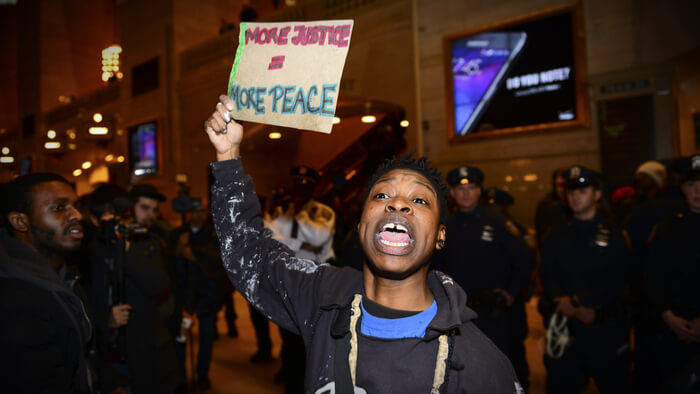 In these five areas, evidence shows how queer people are disproportionately affected by the criminal justice system:

1. There is a long history of criminalization of queer people and of violent police targeting of queer spaces.
When drag queens, transgender women, and other queer folks rioted at the San Francisco Compton Cafeteria diner in 1966, it marked the boiling point of police harassment sanctioned by “female impersonation” laws, which made it illegal for cisgender men to wear women’s clothing. Some states rewrote antisodomy laws in the 1970s to target gay couples, a practice that remained legal until 2003, when the US Supreme Court struck down these laws in the Lawrence v. Texas ruling.

2. Queer youth of color are more likely to be arrested or detained in school.
Zero-tolerance policies in schools, designed to keep students safe, often fail to do so for queer students, resulting instead in arrest or exclusionary discipline when queer students attempt to defend themselves from harassment.