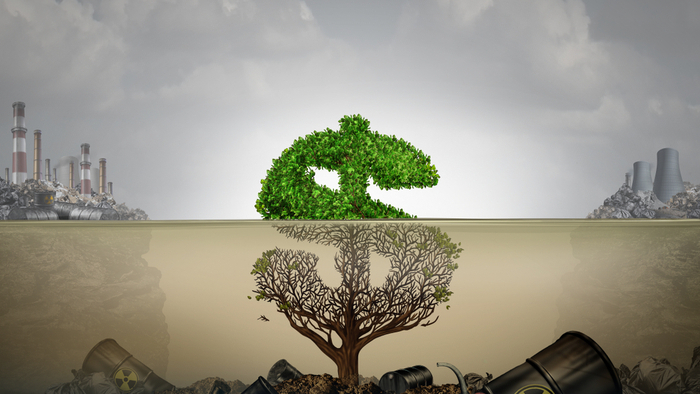 • Joel Makower, at GreenBiz, looks at the exponentially increasing financial cost of climate change, the results of which may be catastrophic for global economic stability.

• How can you draw policymakers’ and people in power’s awareness towards the dramatic economic cost of climate change? What will it take to get people to make a concerted effort towards real conservation?

• Read more about why business and finance CEOs need to be more aware of the cost of climate change.

Even before the western United States became a regional inferno, even before the Midwest U.S. became a summertime flood zone, even before an annual hurricane season so bad that the government is running out of names to attach to them, even before Colorado saw a 100°F heatwave swan dive into a 12″ snowstorm within 48 hours.

Even before all that, we’d been watching the real-world risks of climate change looming and growing across the United States and around the world. And the costs, financially and otherwise, are quickly becoming untenable.

Lately, a steady march of searing heat, ruinous floods, horrific wildfires, unbreathable air, devastating hurricanes and other climate-related calamities has been traversing our screens and wreaking havoc to national and local budgets. And we’re only at 1C of increased global temperature rise. Just imagine what 2C or 3C or 4C will look like, and how much it will cost.

It’s natural to follow the people affected by all this: the local residents, usually in poorer neighborhoods, whose homes and livelihoods are being lost; the farmers and ranchers whose crops and livestock are withering and dying; the stranded travelers and the evacuees seeking shelter amid the chaos.

But lately, I’ve been following the money.

The financial climate, it seems, has been as unforgiving as the atmospheric one. Some of it has been masked by the pandemic and ensuing recession, but for those paying attention, the indicators are hiding in plain sight. And what we’re seeing now are merely the opening acts of what could be a long-running global financial drama. The economic impact on companies is, to date, uncertain and likely incalculable.

Read the full article about the financial cost of climate change by Joel Makower at GreenBiz.