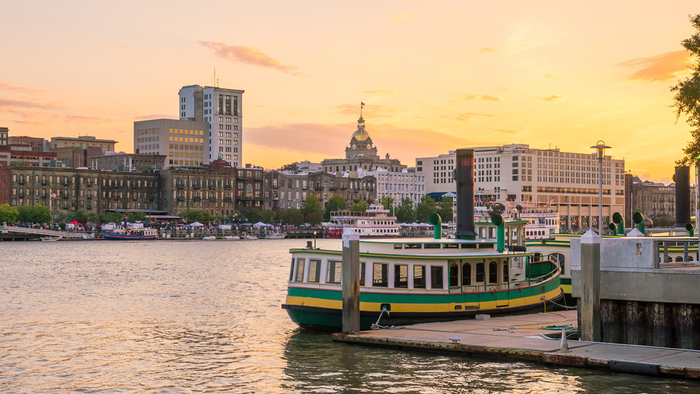 Part One in a four-part series about the Georgia Systemic Change Alliance. Read Parts Two, Three, and Four.

Faith, business, government, nonprofit, and philanthropy leaders in Georgia are hoping a newly-formed alliance will lead to lasting change in a state plagued by historically inequitable systems (including transportation, education, and criminal justice) and where Black people are disproportionately affected by COVID-19.

Recognizing the challenges, but also the unprecedented opportunities, strong leaders and networks, and this historic moment, the Georgia Systemic Change Alliance launched in October.

It’s made up of four place-based networks, including more than 100 social, environmental, and racial justice organizations across Georgia. The Sapelo Foundation, which supports power-building strategies of policy advocacy, civic engagement, and grassroots community organizing, recently committed $800,000 to the Alliance for two years.

The Alliance has three main goals:

“We’re on a mission for a just Georgia,” said Christine Reeves Strigaro, executive director of The Sapelo Foundation, a private family foundation in Savannah, Ga. “We believe that partnerships and solutions will increase environmental protection, social prosperity, and civic power.”

The place-based approach is a key component for success, allowing communities to come together to tackle complex, structural problems and redistribute resources in a targeted, localized manner. While most of the communities in Georgia are facing similar challenges inflicted by COVID-19 and long-standing structural racism, each region must consider the best ways to support their communities. By joining the Alliance, each network is strengthened through access to additional resources and learnings.

The four networks represent three unique Georgia communities — the cities of Albany, Brunswick and Savannah — plus a statewide organization. The regions represented in the Alliance weren’t chosen by accident.

Albany, a small city in the Southwest corner of the state, experienced the fourth highest concentration of COVID in the U.S. this spring. And even before the pandemic, residents of the city were already experiencing poor health outcomes. The Albany Network is led by the United Way of Southwest Georgia and a partner organization that has been a trailblazing leader in civil rights for 51 years, Southwest Georgia Project.

The Brunswick Network is led by Community First, a long-standing collaboration of 18 Black churches and allies. They’ve been working together for more than a decade, but have ramped up their efforts for justice since the murder of Ahmaud Arbery near Brunswick in February.

In Savannah, the Racial Equity and Leadership [REAL] Task Force was spearheaded by current mayor Van R. Johnson and chaired by former mayor Dr. Otis Johnson. The REAL Task Force, part of the Savannah Network, will use data to inform its work and make recommendations for change to the city next year. It already includes dozens of leaders across sectors, races, socio-economic backgrounds, ages, and lived experiences.

The Statewide Network is led by the Just Georgia Coalition, which includes the NAACP of Georgia and six other organizations. This network is focused on reforming Georgia’s criminal legal system and increasing civic engagement and capacity-building for organizations in the state.

Advancing Systems Change and Racial Justice: Lessons from a Funder

The events of 2020 mobilized many individuals and groups across Georgia, including The Sapelo Foundation, which decided to increase its endowment spend from 5% to 8% in May 2020, even when its endowment was at its lowest point. A year earlier, The Sapelo Foundation committed to a mission investing journey to align all of its financial investments with its mission and best practices. This helped make the endowment more resilient.

“It was serendipity when each [lead group] identified wanting to have a broader network,” Strigaro said. “They were making plans together and feeling [relieved] to know they’re not alone in a remote area. Watching Albany learn from Brunswick and Brunswick learn from Savannah and Atlanta — there’s some magic there.”

The Sapelo Foundation’s $800,000 commitment will provide general operating support to the lead organizations, funds for regrants to key members of each network, funds for overall network needs, and funds for consultant support. By the end of the first year, each local network will have a report with recommendations and plans for implementation. The entire Alliance will also have a case study focused on the behind-the-scenes work of its leadership individually and collectively, as they work together. The reports and case study will be shared in late summer 2021.

In the second year, the resources will be in the form of a matching grant to help each network leverage additional resources to implement recommendations and plans that the Partnership for Southern Equity, the consulting firm chosen by The Sapelo Foundation and the Alliance together, helps each network write.

To complement its grantmaking, the foundation began investing in Program Related Investments (PRIs), low or no percent interest loans that are mission-aligned. Its first PRI — a $100,000 loan, at 0% interest, over three years — is in partnership with Albany Communities Together! (ACT!), a community financial development institution that supports small businesses in rural areas that are mainly led by people of color through loans and technical assistance. The loan has directly helped ACT! leverage an additional $2.3 million in only three months.

The Sapelo Foundation’s agility and willingness to increase grantmaking with multi-year support shows how funders and individual donors can respond to 2020’s crises and whatever unfolds in the future. By also playing the role of network builder and partner, the foundation’s impact goes beyond just dollars and helps strengthen efforts toward systems change and long-term relationship-building and network-building that can last generations.

Strigaro shared other ideas for donors interested in building a framework for racial justice work:

Listen and learn: Place-based philanthropy requires humility and trust. Strigaro said, “I tried to listen about three-quarters of the time and talk one-quarter of the time.” It also helps to start in a community where you have ties and relationships. “I wanted to learn what they needed and ask good questions that got to the heart of the matter for the long-term, not just immediate needs. And the last thing I wanted was to inadvertently contort their goals into ours. I wanted us to show up as a partner, not simply a funder.”

Have patience: “Overnight success often takes at least a decade or more of blood, sweat, and tears,” Strigaro said. “And grantmaking is much more art than science. Yes, there is important data that plays a critical role, and I love data. But, there are also essential ingredients when it comes to timing, introductions, relationships, and creativity. I keep asking ‘what if’ and that usually leads to better questions and answers.”

Have tough conversations: Systems change and racial justice and equity work require challenging and uncomfortable conversations. Strigaro said her foundation is on an intentional journey to learn about and embrace racial justice, as well as strategies of advocacy, civic engagement, and grassroots community organizing, alongside its grantee partners, mission investment partners, collaborators, and more.

“Success is when barriers are broken, but networks collaborate together by learning from shared expertise that they then can take back to their communities,” said Nicole Bagley, The Sapelo Foundation’s board president.

Be a partner: Think about how you show up as a partner. Multi-year funding, sharing your connections, and collaborating with people and organizations outside of your usual circle can yield long-term results and relationships.

Funders and individual donors are invited to connect with The Sapelo Foundation and the networks within the Georgia Systemic Change Alliance: