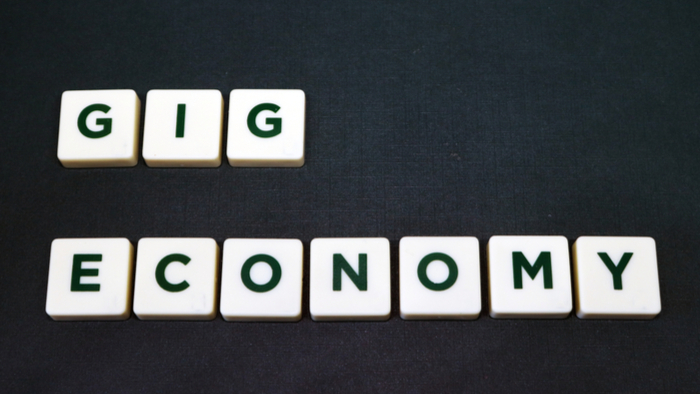 • The inconsistent nature of jobs in the gig economy can leave hardworking individuals with income volatility that prevents them from escaping poverty.

• How can policy help these individuals to achieve steady income? How can philanthropy support stable employment?

• Find out how the gig economy will change education.

Traveling to work can be grim enough at the best of times – but imagine if you got there and were told there was no work and you had to go home again without getting paid.

That is the kind of experience described by workers trying to keep afloat in a job market of casual jobs, agency work and zero-hour contracts.

Simon – not his real name – is in his mid-40s, living near Glasgow, and does not claim any benefits.

Work has always been seen as the route out of poverty – but what happens if work is so unpredictable or so badly paid that it leaves people feeling like they are still going backwards?

The world described by Simon seems more like financial quicksand, where people seem to get in deeper difficulty the more they try to get away.

Working in jobs such as catering and hospitality, he has no job security or guarantee of hours, and his working days can vary each week and be cut at short notice.

If he gets a full week’s work, then there is money for the bills. But the hours can suddenly be cut, so that he might have only 10 or 12 hours’ earnings for the week.

Being in work and in poverty at the same time has become increasingly common, says Graham Whitham, Oxfam’s senior policy adviser.

“It is unacceptable that over half of all people living in poverty in the UK are in homes where at least one person is working.

Read the full article about the gig economy by Sean Coughlan at BBC.