Using Peer Research to Find What Helps Girls the Most 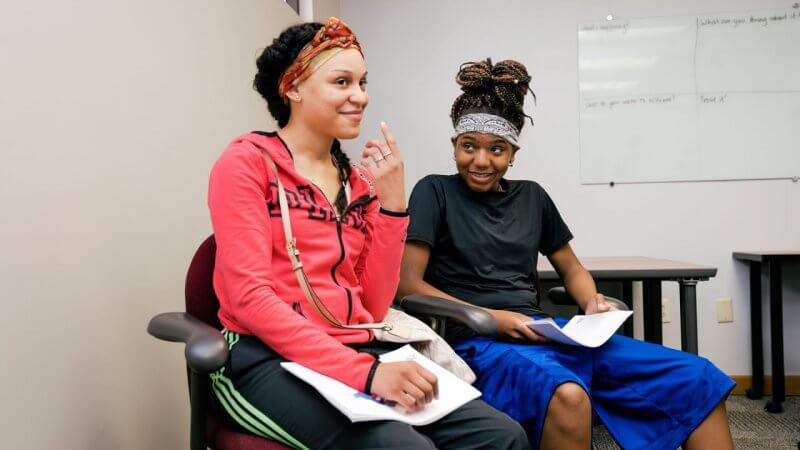 • Fast Company profiles an organization called Girl Effect, which encourages young women and girls around the world to express messages of empowerment through grassroots media projects.

• What can the efforts of Girl Effect teach us about the efficacy of on-the-ground program development? How does peer research create greater impact for gender equality and other causes?

• Here’s why the development sector must lead on gender equality.

A few years ago, Saginaw, Michigan, was deemed the most dangerous city in America for women to live, according to FBI data. The former manufacturing outpost suffers from widespread unemployment and poverty. In 2012, it had the massive levels of violent crime and the highest number of rapes per capita in the country.

For groups working to create change in Saginaw, the difference between what appear to be positive social metrics and the more bleak reality is a problem, especially because they’re often relying just on the statistics. And one reason for that gap is because many nonprofits with limited resources have trouble learning women’s opinions.

Girl Effect (which was originally affiliated with Nike although the group now operates independently) encourages women in developing countries to make homegrown media and lifestyle brands that push messages of female empowerment. In Rwanda, an effort dubbed Ni Nyampinga has reached over 1 million teenage girls with an associated magazine, radio show, mobile site, clubs, and festivals aimed at female unity and self-confidence, covering topics like sexual health and smart finance. But it’s hard to inspire people if you don’t know exactly what they’re thinking, so four years ago, the group decided to help locals get ahead of their audience in a new way. It developed a program called TEGA–that’s short for Technology Enabled Girl Ambassadors–which teaches young women how to use a mobile phone with a customized video app to survey and interview their peers.

Read the full article about Girl Effect by Ben Paynter from FastCompany.