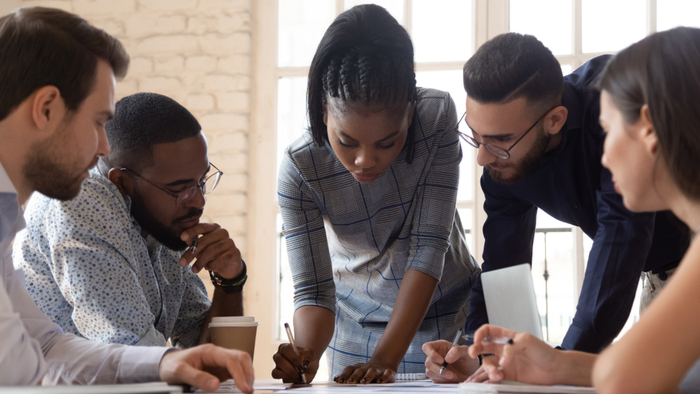 The uprisings of 2020 sparked historic levels of philanthropic giving to address racial injustice. For philanthropy, this signals a tremendous and unprecedented opportunity to dismantle white supremacy in both our country (who we fund) and our sector (how we fund). In both contexts, the cornerstone of white supremacy is dominance and control. By contrast, the cornerstone of racial equity is sharing resources and decision-making power in a way that fundamentally supports the self-determination of people of color. Racial healing and justice in the United States will take all of us working together – white people and people of color. We all have a place in this work. But how we do the work matters. We will not get to a different destination by working in the same way.

The “different way” must include a significant transfer of resources into the control of institutions where people of color, who are primarily accountable to their communities, have the ultimate decision-making power over where dollars go. This includes certain grassroots organizations with the capacity to receive dollars and redistribute them to key leaders and organizations (for example, the Movement for Black Lives) and certain public foundations that are led by people of color who come out of grassroots movements.  As Executive Directors and CEOs of the nation’s foremost people of color-led, movement-accountable public foundations, we support both models. We write this open letter from our own experience, as an invitation to colleagues from private and family foundations and the individual donor community, to disrupt a growing trend that is reinforcing, rather than transgressing, the “same old way” of doing philanthropy.

In the decades leading up to this moment, when talking about race was still largely unpopular in philanthropy, the leading funders of racial justice in the United States were often public foundations like ours, led by people of color who came out of grassroots movements. Rarely endowed, raising what we give out each year, and with staff and boards composed largely of people from the communities we support, we are distinct in philanthropy: while we partner with wealthy individuals and institutions, in every aspect of our work and strategy, we are values aligned with, and primarily accountable to, grassroots movements.