Harnessing the Power of Collaboration to Create Opportunity 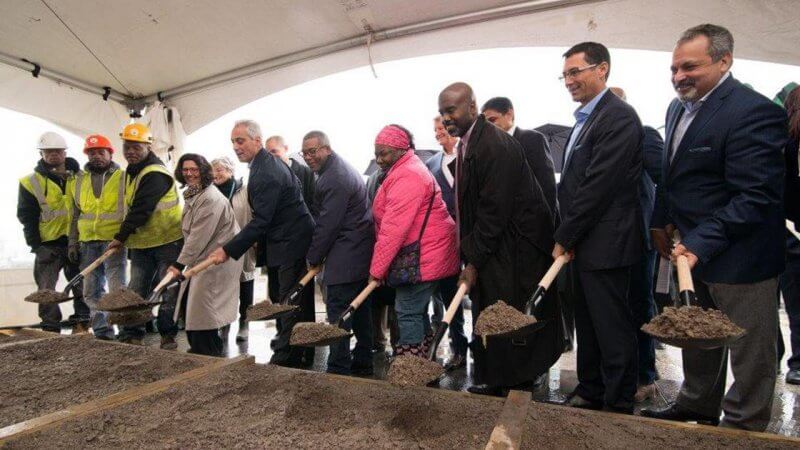 • A Harvard Business School alum and CEO of Accion Chicago discusses how collaborating with local businesses and residents in one neighborhood on a food venture has helped create employment opportunities for an underserved community.

• How can collaborative impact be replicated in other locations and economic sectors? It’s worth looking at what made Accion’s model work.

• If you need to take a step back and see the full picture of effective collaboration, check out this roadmap.

I helped grow Working Assets (now Credo, founded by Laura Scher, MBA 1985) into a successful social enterprise that has generated more than $80 million for nonprofits. Whereas Working Assets is a for-profit enterprise whose business model includes 1% of revenue being donated to nonprofits, Accion Chicago is a nonprofit organization whose purpose is to build communities through entrepreneurship.

We all know that small business is the growth engine of any economy. This is even more true for distressed communities where jobs are hard to come by, crime rates are high and access to fresh food is limited. To deepen Accion’s impact and with an eye towards Accion’s long term sustainability, I spent the better part of the last four years spearheading a joint venture to create The Hatchery Chicago, a $34 million facility that will be the region’s premier food and beverage business incubator when it opens later this year.

Located right next to a public transportation stop, the new facility will spur economic activity in one of Chicago’s highest need neighborhoods, East Garfield Park on Chicago’s west side. The Hatchery will provide wealth and job creation by bringing together entrepreneurs and neighborhood residents to offer employment opportunities in the labor-intensive food industry. Based on the hiring patterns of Accion’s existing clients in the food space, we estimate that 900 jobs will be created or retained in the first five years of operation, producing pre-tax wages of nearly $25 million.

Read the full article about Accion Chicago and how collaboration can create job opportunities by Robin Lee Greiner at Harvard Business School.

Collective Impact is a complex topic, and others found these selections from the Impact Giving archive from Giving Compass to be good resources.